South Africa to not play ODIs on Australia tour 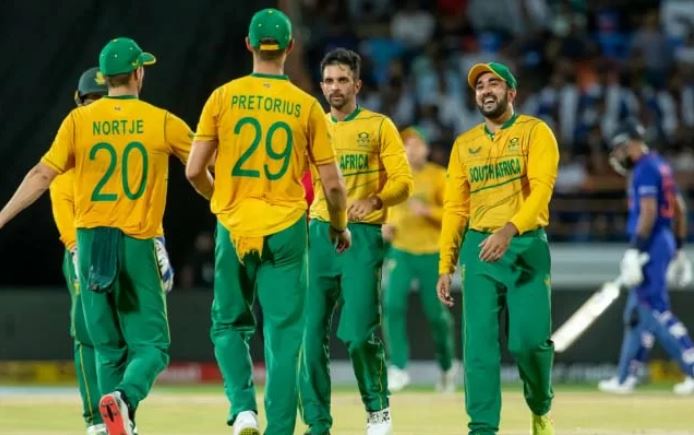 Cricket South Africa (CSA) has decided not to play the ODIs during their tour of Australia. Cricket Australia on July 13 (Wednesday) announced that South Africa have withdrawn from the ODI series in January 2023. To note, both sides will be involved in a three-match Test series as well.

Earlier, CSA had requested to change the dates of the ODI matches, but there was no slot available due to the packed international calendar. With the Proteas deciding to withdraw from the ODI series, they have also agreed to concede the points from the three-match ODI series to Australia, which was set to be included in the ongoing ICC Super League- the cut-off for which is May 2023.

“It is disappointing that Cricket South Africa will be unable to contest the ODI series in January,” Nick Hockley, Cricket Australia’s CEO, said in a statement. “That said, we are delighted to be hosting South Africa for the three-Test series which includes the Boxing Day and New Year’s Tests, and with the comprehensive schedule of international cricket that will take place across Australia throughout the summer,” he added.

“This will include the ICC Men’s T20 World Cup and a record six touring teams for the Men’s and Women’s international series as well as the twelfth season of the BBL and the eighth season of the WBBL. We can’t wait to see fans back at the cricket this summer,” Hockley further said.

Meanwhile, Australia completed their tour of Sri Lanka recently. While Australia won the T20I series comfortably, the home team made a superb comeback and won the ODI leg 3-2. With the limited over series done and dusted, the focus shifted towards the red ball games. The visitors played some excellent cricket during the first game and gained a 1-0 lead. However, Sri Lanka once again bounced back in the series and won the second Test by an innings.