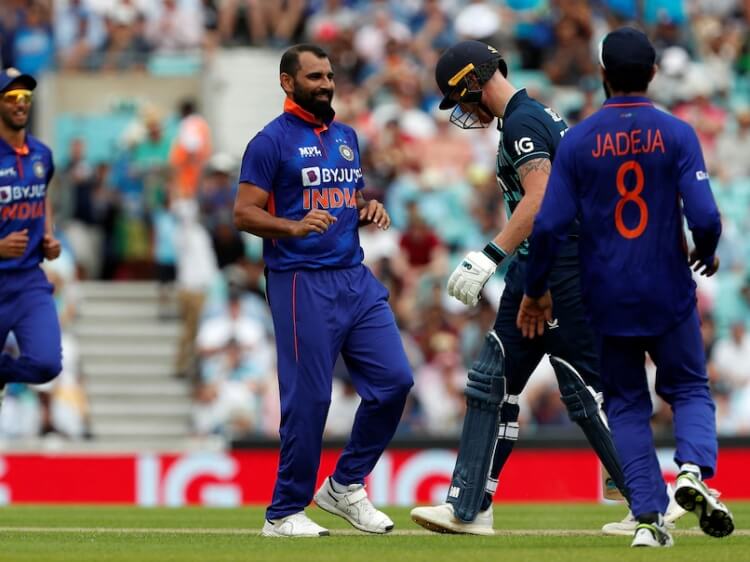 Pacer Mohammed Shami on Tuesday became the fastest Indian to scalp 150 wickets in ODIs. Shami achieved this feat during the first ODI of the three-match series against England here at the Kennington Oval on Tuesday. The pacer took three wickets, which included the likes of Ben Stokes, Jos Buttler, and Craig Overton. He took a total of 80 matches to reach his 150 wickets and surpassed the record of former Indian pacer Ajit Agarkar, who took 97 matches.

Mohammed Shami on Tuesday broke the record for the fastest Indian to 150 ODI wickets when he got rid of England captain Jos Buttler at The Oval. Shami achieved the milestone during the series opening first ODI between India and England in London.

One day cricket or Test cricket, no better pair in world cricket. Bumrah and Shami are a class apart . #INDvsENG pic.twitter.com/p4Zu2nd7FH

Jasprit Bumrah drew first blood before he singled-handily scripted Englands top-order collapse. He dismissed Jason Roy and Joe Root in the same over for a duck each in just the second over of the match before he sent back Jonny Bairstow as well for 7 off 20. Shami picked the wicket of Ben Stokes, also for a duck, as England crumbled to a worrisome 17 for four in just the first 33 balls of the innings.

With that monster of a spell, Shami became the third-fastest bowler in the world to reach 150 ODI wickets. He matched Rashid Khan and fell just behind Australias Mitchell Starc and Pakistans Saqlain Mushtaq.

Not only this, Shami also became the third bowler to bowl the fewest deliveries to scalp out 150 wickets.