If the stunning win at Lord’s was a high, then the first innings at Headingley was a low for team India. Cricket is such a great leveler. For a change, Virat Kohli won the toss. It happened for the first time in Tests in England and had no hesitation in batting first. But little did he know that his team will get bowled out for one of their lowest totals in this century in Tests.

Nothing went right for the visitors right from the word go. KL Rahul went for an expansive drive in the first over only to edge it to the wicket-keeper off James Anderson. The veteran pacer put on an exhibition of some great swing bowling nipping out Cheteshwar Pujara and skipper Virat Kohli with not many runs on the board. Both the batsmen fell to the vulnerable line outside the off-stump which has been their nemesis more often.

At 21/3, things had started to look jittery but Rohit Sharma and Ajinkya Rahane settled the nerves to weather the storm for 15 overs. Both of them were rock solid in defense and runs started to come as they got settled. But just when one felt India are recovering, Ollie Robinson struck to send back Rahane at the stroke of lunch. 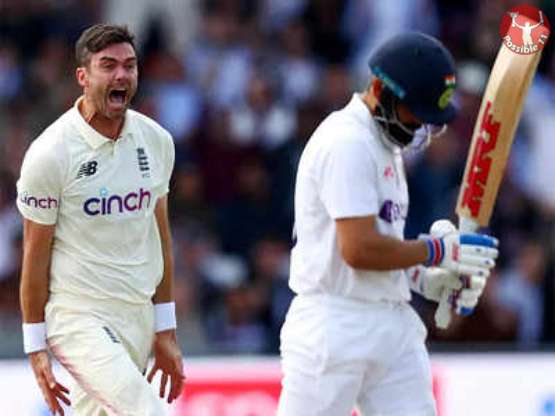 After lunch, England kept things tight even as Rishabh Pant poked at a harmless delivery only to edge it, much like a few of his other teammates. At the other end, Rohit Sharma was compact in his defense but even he succumbed to pressure eventually throwing his wicket away while playing a pull shot off Craig Overton. Once he got out, it was all one-way traffic, not that it wasn’t previously.

India lost four wickets in the space of six balls with Overton and Sam Curran striking twice each off successive balls. 67/5 turned to 67/9 soon and it was only due to the 11-run partnership between Ishant Sharma and Mohammed Siraj that the visitors scored 78 runs losing their last seven wickets for just 22 runs. It is also India’s third lowest first innings total in this century and second such score in less than a year after folding for 36 in Adelaide last year.

Also Read:Ind vs Eng: Top 5 most successful India openers in Tests in England

As far as England are concerned, they bowled superbly led by James Anderson who nipped out the top three wickets and then the support bowlers got stuck in. Craig Overton also struck thrice while Sam Curran and Ollie Robinson picked a couple each.

"England showed bouncebackability in the first innings at Headingley after losing at Lords"#ENGvIND pic.twitter.com/35WI7ypN1s