The ICC T20 World Cup has four groups - Group A, Group B, Group 1 & Group 2. Group A and Group B have 4 teams each while Group 1 and Group 2 will consist of 6 teams each post qualification phase. Let's take a look at all 4 groups.

The aim of all T20 World Cup teams will be the same - to end up in the top two positions on the T20 World Cup 2022 points table of their group. This remains true for both Round 1 and the Super 12 stages.

There are some pretty basic rules for earning points in the T20 World Cup 2022.

The T20 World Cup points table standings will decide which teams get knocked out after Round 1 and the Super 12 stage and which teams play whom in the next stage.

Each team earns 10 points for a win, five for a tie/no result/abandoned match, and zero for a loss.

The ICC T20 World Cup 2022 begins on October 16 and concludes with the championship game on November 13. T20 World Cup in Australia will be the marquee event in the 2022 cricket calendar.

As they compete for the ICC T20 World 2022 champions title against tough opponents like India, England, Pakistan, South Africa, and New Zealand, among others, the defending champions Australia will have the home advantage.

Dark horses like Bangladesh, West Indies, and Sri Lanka have the potential to defeat any title contender on their best day. However, Scotland and Ireland have historically overturned many apple carts, so teams that underestimate them do so at their own risk. Check out best detailed analysis of the T20 world cup 2022 today match Prediction, schedule and fixtures, teams, new Rules and much more. 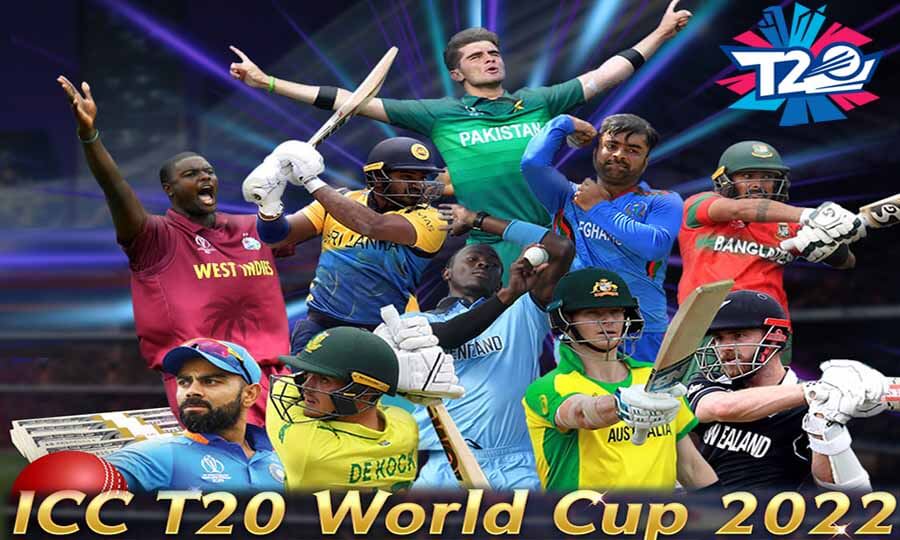 T20 world cup 2022 all you need to know? The event will have 45 games in total, including the qualifying and super 12 round. Starting on October 16, the qualifications will feature a match between Sri Lanka and Namibia and another contest between the UAE and the Netherlands.

Australia will play New Zealand in the opening match of the Super 12 round on October 22 in Sydney. On October 23, India will face Pakistan in their opening game.

How many groups are in T20 World Cup 2022? In the ICC T20 Men's World Cup 2022, there will be two groups with six teams each, designated group 1 and group 2. While eight teams have already qualified for the super twelves, eight additional teams will compete for spots in groups one and two.

Ireland won their group and qualified for the semifinals by coming in first place. Despite losing to Bahrain by a score of two runs in their final game, the UAE nonetheless advanced to the semifinals as the runners-up in their group. In order to ensure that the UAE finished the group with a higher net run rate than Bahrain, Vriitya Aravind scored 24 runs in the final over.

The 2022 ICC Men's T20 World Cup is slated to begin on October 16 and conclude on November 13. The primary competitors in the super 12 will be India, Afghanistan, Pakistan, the West Indies, New Zealand, South Africa, England, and Australia. Before the Super-12 stage, there will be round-one matches in the tournament's format. Eight teams in total will compete in Round 1. There are two groups made up of these eight teams. The top two teams from each group advance to the Super-12 stage. The 2022 T20 World Cup will take place from 16 October until 13 November 2022.

Seven Australian towns have been chosen by the ICC to host the event in October. Although the majority of the information is verifiable, COVID-19's unpredictable nature could be a game-changing element.

How to buy stadium tickets for T20 world cup 2022? The official T20 World Cup website is where tickets are presently being sold. Seats are available for purchase for all of the tournament's events, including the semifinals and championship game.

What is the Ticket Price of T20 World Cup 2022? The anticipated rush to purchase tickets for the major event has already begun. They are now accessible for all 45 T20 World Cup games, including the championship game. This will take place at the Melbourne Cricket Ground on November 13, 2022. For every Super 12 and first-round T20 World Cup game, children's tickets cost roughly $5. In all venues hosting World Cup events, adult tickets cost $20.

Where to watch t20 world cup 2022 free on mobile? Star Sports have the official broadcasting rights of Live Streaming T20 World Cup 2022 while Hotstar+Disney has the online streaming rights in India and its subcontinents. Alternate TV broadcasters and Online streaming platforms were partnered by Star Sports for the countries where these two can’t provide the service.

The International Cricket Council hosts the ICC T20 Cricket World Cup, an international competition (ICC). The inaugural ICC Men's T20 World Cup was held in South Africa in 2007, while the most recent tournament, which took place from October 17 to November 14, 2021, was held in the United Arab Emirates and Oman. The T20 World Cup Winners List from 2007 through 2021 is provided in this page. Here is a list of the T20 World Cup champions from 2007 to 2021.