In the 2023 Indian Premier League (IPL) auction, Delhi Capitals (DC) adopted a more measured approach, opting not to engage in intense bidding wars as they already had a strong core of players from the previous season. Their most significant acquisition was Indian pacer Mukesh Kumar, who they acquired for INR 5.5 crores. The team also waited until later in the auction to secure the services of South African batter Rilee Rossouw, who went unsold in earlier rounds, and was picked up for INR 4.6 crores.

Delhi Capitals IPL 2023 All You Need To Know About

Which players retained by Delhi Capitals in IPL 2023? The Delhi Capitals team appears to be mostly set for the upcoming season, with only a few players being released. As they already have a strong bowling lineup, they may focus on adding more middle-order batters, since Rishabh Pant and some other current players have been performing poorly. Additionally, they may look for a player who specializes in finishing the game, with Rilee Rossouw and Nicholas Pooran being potential options. As for the captain and wicketkeeper position, they may consider re-signing K.S. Bharat, who they acquired for 2 crore in the last auction, at a lower price.

what are the new players bought by Delhi Capitals in ipl 2023? The Delhi Capitals were able to acquire the services of England wicketkeeper-batter Phil Salt at a very reasonable price. During the auction, no other franchise bid for Salt, and he went to the Capitals for his base price of Rs 2 crore. Despite already having several top-order batters in their squad, the Capitals decided to include Manish Pandey as well. Additionally, they also secured the services of India's veteran pacer Ishant Sharma for his base price of Rs 50 lakh. This is a wise move by the Capitals as these players are experienced and have the potential to bring in a lot of value to the team. Overall the Delhi Capitals were able to get the good player in the auction at a reasonable price.

What is the group of DC in IPL 2023? The 16th season of the Indian Premier League is set to take place in 2023. The Gujarat Titans emerged victorious in the previous season, earning the title for the first time by defeating the Rajasthan Royals in the final. As such, the opening game of the 2023 IPL schedule will see the Gujarat Titans, as reigning champions, take on the Rajasthan Royals. The match will be held at the Narendra Modi Stadium in Ahmedabad.

What is the home ground of Delhi Capitals team? The Delhi Capitals play their home matches in the Arun Jaitley Stadium located in New Delhi. They also have the modern Shaheed Veer Narayan Singh International Stadium, Raipur as their second home ground.

What is the motto of Delhi Capitals (dc)? The motto of the team is "Duniya Hila Denge Hum...", which translates to We will rock the world.

What logo of Delhi Capitals represents? The Capitals announced a new name for their team and also unveiled a new logo, which features three tigers. The design was inspired by the parliament house, according to Jindal. He added that the tiger is India's national animal and the three tigers in the logo is based on the Ashok Chakra which has three lions.

What is jersey color of Delhi Capitals team? The jersey, which is a lighter shade of blue as compared to the regular ones the team dons, also displays rainbow colors.

What is the total value of Delhi Capitals team in 2023? The value of the Delhi Capitals brand, formerly known as the Delhi Daredevils, was estimated at around $53 million in the 2020 Indian Premier League. The IPL has the highest attendance of all cricket leagues worldwide, and in 2014 it was ranked sixth in terms of average attendance among all sports leagues. 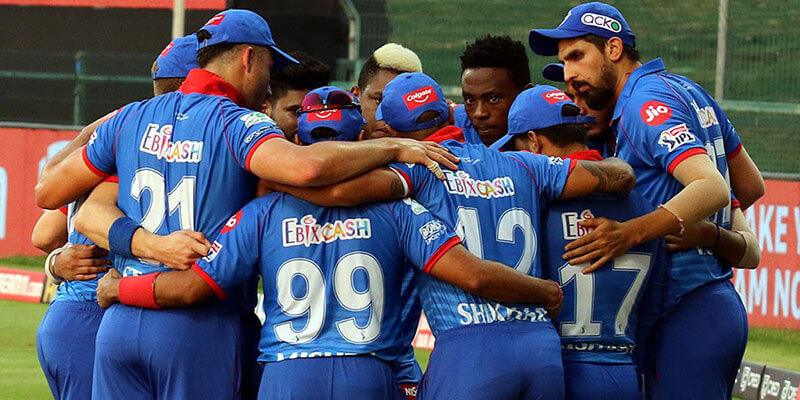