Faf du Plessis leads Royal Challengers Bangalore, who also boasts India's star player Virat Kohli, in the Indian Premier League. In the previous edition of IPL, they reached the Qualifiers but failed to reach the finals. They hope to continue their good performance in the upcoming season. The team announced their retention and releases on November 15, 2023, ahead of the Mini Auction in Kochi on December 23, 2023 as per the guidelines. They have not made significant changes to their squad.

Royal Challengers Bangalore 2023 All You Need To Know About

RCB has had a mix of successful and not-so-successful seasons in the past. They were at their peak in 2010, 2015, and 2022, but finished in second place in 2009, 2011, and 2016. In the 2022 season under their new captain, the team won 8 out of 14 games, but were eliminated from the competition after losing to the Rajasthan Royals in the second Qualifier. The latest updates on the team include the list of retained and released players for the 2023 season.

Which players retained by RCB in IPL 2023? RCB, known for its dedicated fanbase, entered the auction with a budget of 8.75 crores. Unlike other teams such as Chennai Super Kings and Mumbai Indians who made big purchases like Ben Stokes and Cameron Green, RCB was more low-key during the early rounds of the auction. They made their first signing by acquiring the services of the towering English fast bowler Reece Topley for a reasonable 1.90 crores. Topley had a successful comeback to limited-overs cricket for England in 2022 and will be a valuable addition to the already strong bowling lineup that includes players like Mohammed Siraj and Josh Hazlewood.

Following are the details of the RCB Retained Players IPL 2023:

what are the new players bought by RCB in ipl 2023? The Bangalore-based franchise made a noteworthy acquisition during the IPL 2023 auction by bringing on board 24-year-old English all-rounder Will Jacks for a price of 3.20 crores. With the ability to excel both with the bat and the ball, Jacks was brought in as a replacement for the injured Glenn Maxwell. The team also aimed to secure the services of experienced IPL player Manish Pandey, but were outbid by Delhi Capitals who successfully signed the accomplished Indian batsman.

The Royal Challengers Bangalore (RCB) team has been assigned to Group-B by the Board of Control for Cricket in India (BCCI) for the upcoming season of the Indian Premier League (IPL). The teams have been divided into two virtual groups based on their past performance in the tournament. The criteria for grouping the teams include the number of IPL championships won and the number of final matches played by the respective teams. This decision was taken by the BCCI to ensure a fair competition and balance out the level of difficulty for each group. The group assignments will have a significant impact on the teams' chances of reaching the playoffs and ultimately winning the tournament.

IPL 2023 list of all teams, schedule, matches, and Points table.

What is the home ground of Royal Challengers Bangalore team? The M Chinnaswamy Stadium, located in Bengaluru, Karnataka, India, is the home ground of the Royal Challengers Bangalore (RCB) team in the Indian Premier League (IPL). It is one of the most iconic cricket venues in India, known for its rich history and state-of-the-art facilities. The stadium is named after Sri M Chinnaswamy, who served as the Board of Control for Cricket in India (BCCI) president from 1977 to 1980.

The stadium is equipped with some of the best facilities for cricket lovers. The ground has a seating capacity of 40,000, with a mix of seating options for fans, including VIP enclosures, corporate boxes, and general seating. The stadium also boasts of excellent floodlights, a state-of-the-art sound system, and electronic scoreboards.

What is the motto of Royal Challengers Bangalore (RCB)? The anthem Play Bold was composed by Salim–Sulaiman, sung by Siddharth Basrur and was released in 2016 during the launch of jerseys for the season.

What logo of Royal Challengers Bangalore represents? The logo was redesigned in 2016 with the inclusion of black as a secondary color. The lion emblem in the crest was enlarged and the shield was omitted in the new design. In 2020, a new logo was unveiled featuring a bigger lion and the crown returning from the previous logo. The RC emblem was omitted for this crest. 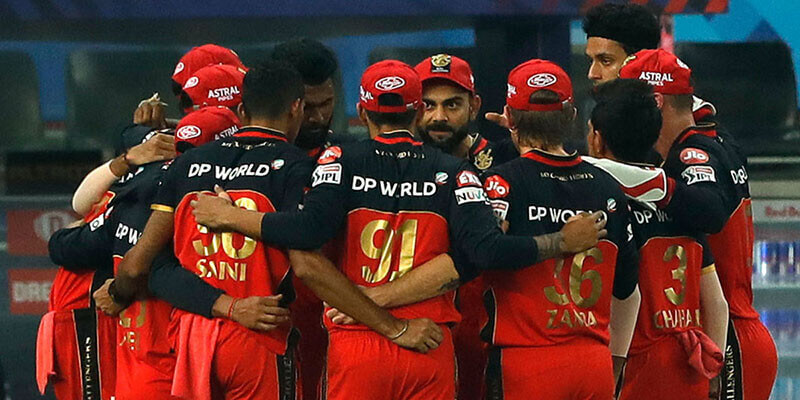