The Punjab Kings (PBKS) is a professional Twenty20 cricket team that competes in the Indian Premier League (IPL). Based in Mohali, Punjab, India, the team is owned by Mohit Burman, Ness Wadia, Preity Zinta and Karan Paul. The team plays their home matches at the Inderjit Singh Bindra Stadium, Mohali. IPL is the premier league for Twenty20 cricket in India, organized by the Board of Control for Cricket in India (BCCI). The team's latest statistics, records, and status for the 2023 season, along with its squad, players, schedule, fixtures, match time table, and venue information are also available.

Punjab Kings 2023 All You Need To Know About

The Punjab Kings, also known as PBKS, is a franchise cricket team that plays in the Indian Premier League (IPL). The team is based in Mohali, Punjab, India and is owned by Mohit Burman, Ness Wadia, Preity Zinta and Karan Paul. The team plays its home matches at the Inderjit Singh Bindra Stadium, Mohali. The team has had a mix of success in the past seasons of the IPL, with the best performance being a runners-up finish in 2014. The team is led by Indian cricketer Shikhar Dhawan in the IPL 2023 season.

Which players retained by PBKS in IPL 2023? The Punjab Kings team has decided to keep their key players, Jonny Bairstow and Shahrukh Khan, for the upcoming season. This leaves them with three remaining spots for overseas players, which they plan to fill through the upcoming auction. With a remaining budget of INR 32.2 crore, they hope to use it strategically to gain an advantage over other teams in the league.

Following are the details of the PBKS Retained Players IPL 2023:

what are the new players bought by PBKS in ipl 2023? PBKS has a strong lineup for the upcoming IPL 2023 season, with Shikhar Dhawan leading the team as captain and openers Jonny Bairstow and Bhanuka Rajapaksa. The middle-order is fortified by Shahrukh Khan, Liam Livingstone and Curran, and Raza. The pace attack is led by Arshdeep Singh and Rabada, while the spin department is headed by Rahul Chahar. The team has a remaining budget of INR 12.20 crore and have a squad of 22 players for IPL 2023.

PBKS is one of the teams that has been included in the group B of Indian Premier League 2023 by the Board of Control for Cricket in India. The teams in the tournament have been separated into two groups in a virtual manner, based on the number of IPL championships won and the number of final matches played by each team. This means that teams with more championships and appearances in the finals will be placed in one group while the others in the other group.

What is the home ground of Punjab Kings team? The Punjab Kings (PBKS) team's home ground is the Inderjit Singh Bindra Stadium, located in Mohali, Punjab, India. The stadium is known for its facilities and has a seating capacity of around 26,000. It has been the home ground for the team since the inception of the Indian Premier League (IPL) and is considered as one of the most well-maintained cricket grounds in India. The stadium has hosted many high-profile matches and it has a reputation for providing a good playing surface for both the batsmen and bowlers.

What is the Slogan of Punjab Kings (PBKS)? Sadda Punjab is the PBKS slogan

What logo of Punjab Kings represents? As the Kings XI Punjab, the franchise's catchment areas were the regions of Kashmir, Jammu, Himachal Pradesh, Punjab and Haryana—evident from the letter sequence K J H P H in the banner of the team's logo.

What is jersey color of Punjab Kings team? Punjab Kings uses a bright red coloured jersey where golden colour has been used to highlight the player’s name and his jersey number at the backside of the jersey.

What is the total value of Punjab Kings? The market valuation of Kings XI Punjab, also known as PBKS, is around US$ 52 million, which is equivalent to approximately Rs. 359 crores. This value is an estimation of the overall worth of the franchise, taking into account factors such as the brand, players, and performance. This valuation puts PBKS among the top teams in the Indian Premier League (IPL) in terms of market value. 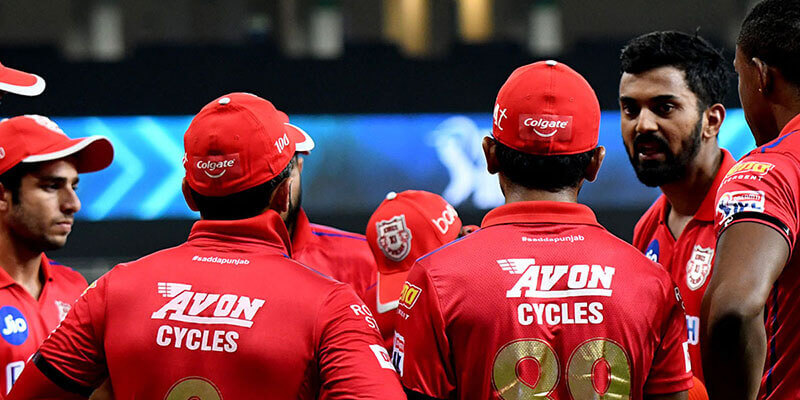