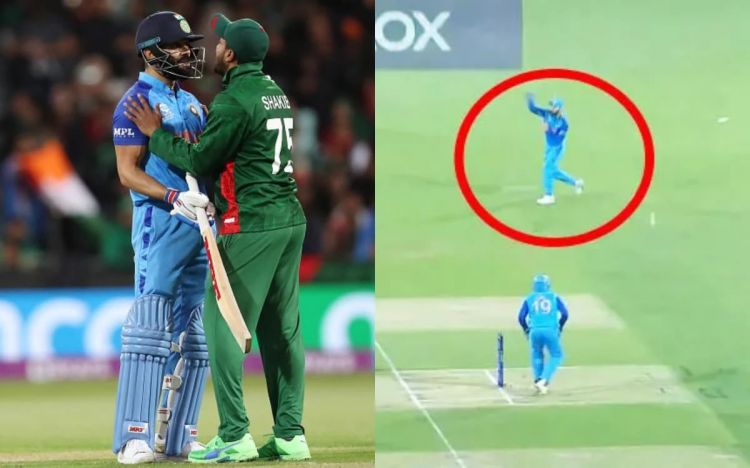 India defeated Bangladesh by five runs on the basis of the Duckworth-Lewis rule in the 35th match of the T20 World Cup. This rain-affected match in Adelaide turned out to be quite exciting. Bangladesh had to score 20 runs in the last over to win, but Arshdeep Singh gave only 14 runs. After this defeat against Bangladesh is trembling. Wicket-keeper batsman Nurul Hasan Sohan, who scored an unbeaten 25 not out in the last over, has given a strange statement. Nurul has accused former India captain Virat Kohli of fake fielding.

Virat Kohli Fake Fielding, After the match, Nurul Hasan said on Wednesday that the on-field umpires ignored Virat Kohlis fake fielding. The incident Nurul has referred to happened during the seventh over of Bangladeshs innings. Kohli pretended that he was catching Arshdeep Singhs throw from deep and throwing it at the non-strikers end. He could not catch the ball. Neither umpire Marais Erasmus nor Chris Brown saw it. Even the batsmen could not see it. We could have got five runs with a Fake throw, but unfortunately, we didnt get that either.

Indian commentator Harsha Bhogle has shared his reaction to this allegation of Nurul. He wrote on the social media platform Twitter, The truth about Fake Fielding is that no one has seen this incident. The incident was not even noticed by the umpire. Apart from this, we have not even seen this incident.

On the fake fielding incident, the truth is that nobody saw it. The umpires didnt, the batters didnt and we didnt either. Law 41.5 does make provision for penalising fake fielding (the umpire still has to interpret it thus) but no one saw it. So what do you do!

Explain that according to ICC Rule 41.5, if the fielding team deliberately distracts, deceives or hinders the batsman, then the umpire can declare it as a dead ball and impose a penalty of five runs on the team.

Harsha further said, I dont think anyone has the right to complain about a wet outfield. Shakib had rightly said that the batting side should have taken advantage of the rain. The umpire and the curator did a great job, starting the match early. Harsha said, My request to my friends in Bangladesh, is please do not complain about fake fielding and wet outfield.

Another incident in this match happened during the Indian innings. Virat Kohli was batting in the 16th over. Hasan Mahmood was on the bowling line. He did a bouncer. On this, Kohli took a run with the bat. He then demanded a no-ball from the umpire. Pointing to Virat, the umpire gave a no-ball. This angered Bangladeshi captain Shakib Al Hasan. He started walking towards the umpire. In this, Kohli came in his way and caught him. Shakibs anger ended. Both appeared laughing again. 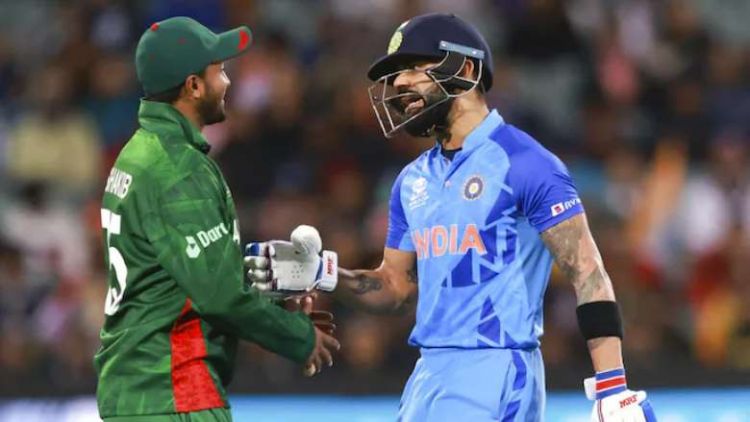 Bangladesh won the toss and decided to bowl first. India scored 184 for six in 20 overs. In reply, Bangladesh scored 66 runs in seven overs for no loss. Then the rain came. At that time India were behind by 17 runs in the match on the basis of Duckworth-Lewis rule. Had the match not happened, Bangladesh team would have won. In such a situation, the road to the semi-finals would have become difficult for India.