The team made their first IPL appearance in 2013, where they reached the playoffs, eventually finishing in fourth place. The Sunrisers won their maiden IPL title in the 2016 season, defeating the Royal Challengers Bangalore by 8 runs in the final. The team has qualified for the play-off stage of the tournament in every season since 2016. In 2018, the team reached the finals of the Indian Premier League, but lost to Chennai Super Kings. Sunrisers Hyderabad (SRH) is one of the most dominating teams to have played in the IPL.

Sunrisers Hyderabad has a budget of 68 crores to spend on the players they want to invest in the future. With the near future in mind, the IPL 2022 mega auction is possibly the most crucial for this franchise. It is most likely the last mega auction, and the team is in a race against time to assemble a strong roster.

Which players retained by SRH in IPL 2022? From this year BCCI announces the new retention rules where they set the minimum purse of every ipl team should be 90 crores. Where SRH company has invested the rs 22 crores to retained 3 main players of their team. After retaining Kane Williamson for 14 crores, Abdul Samad and Umran Malik for 4 crores each, they have 68 crores in their purse to buy players and build a team. Kane Williamson has been a boon for the Sunrisers as he is the backbone of the middle-order batting lineup. Abdul Samad has got extraordinary hitting prowess and Umran Malik became a sensation after clocking 150kmph in the last IPL.

Following are the details of the SRH Retained Players IPL 2022:

what are the new players bought by SRH in ipl 2022? They started by signing bowling all-rounder Washington Sundar for INR 8.75 crore and then went on to buy West Indies wicketkeeper-batter Nicholas Pooran (INR 10.75 crore), emerging batter Priyam Garg (INR 20 lakh).

SRH has been put into group-B by the BCCI. The teams have been assigned in two virtual groups. This is based on the number of IPL Championships won followed by the number of Final matches played by the respective teams.

What is the motto of sunrisers hyderabad (SRH)? The motto of the team RISE UP TO EVERY CHALLENGE The team slogan is #OrangeorNothing.
What logo of sunrisers hyderabad represents? The Hyderabad franchise has a very bold and strong logo, depicting an Eagle in the backdrop of the rising Sun. The idea behind this logo was to show that the team would take flight like an Eagle in the competition and will fight fiercely.
What is jersey color of sunrisers hyderabad team? SRH launched the redesigned jersey days ahead of the IPL 2022 mega auction, which is scheduled to be held in Bengaluru on February 12 and 13. The typical orange jersey saw some changes in the pattern of the design but the primary colours remained the same.

What is the total value of sunrisers hyderabad? The COVID-19 pandemic impacted the brand value of the Sunrisers Hyderabad which saw a decline of 4 percent to US$57.4 million in 2020 as the overall brand value of the IPL decreased to US$4.4 billion, according to Brand Finance. 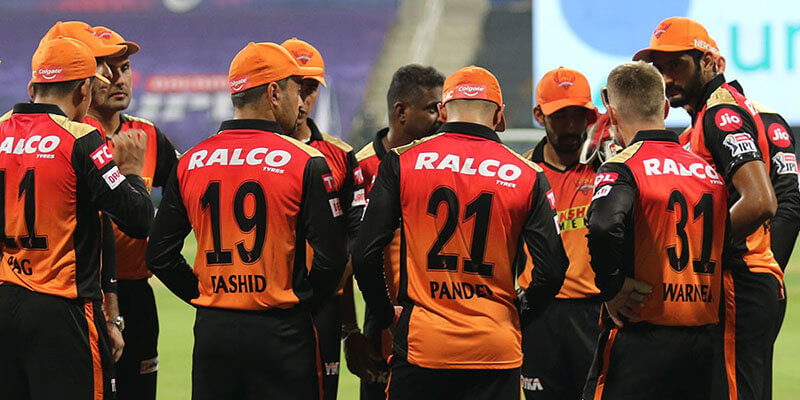