Kolkata Knight Riders (KKR) are a franchise cricket team representing the city of Kolkata in the Indian Premier League. The franchise, which has gained immense popularity due to its association with celebrity owners, qualified for the IPL playoffs for the first time in 2011. They became the IPL champions in 2012, by defeating Chennai Super Kings in the final. They repeated the feat in 2014, defeating Kings XI Punjab.

The first player to be bought by KKR on Sunday was under-pressure India batsman Ajinkya Rahane. Knights picked him up for his base price of Rs. 1 crore. Towards the closing stages of the auction, Knights added Umesh Yadav and a hoard of players to their squad.

Which players retained by KKR in IPL 2022? Kolkata Knight Riders have spent Rs 42 crore on the retentions ahead of the mega auction, which will be held before the new season. KKR have managed to retain the core that has served them well over the years as the likes of Sunil Narine who was part of their winning teams. Russell is the highest-paid player at INR 12 crore. Venkatesh Iyer and Varun CV have contracts worth INR 8 crore each, whereas Narina has a salary of INR 6 crore.

Following are the details of the KKR Retained Players IPL 2022:

What are the big players signed by KKR in IPL 2022? Shreyas Iyer predictably became the highest paid player among the marquee set with Kolkata Knight Riders making a whopping bid of Rs 12.25 crore. They also got back their Australian pace spearhead Pat Cummins for half the price at Rs 7.25 crore.

what are the new players bought by KKR in ipl 2022? KKR, who splurged more than INR 35 crore on just 5 players, were able to get the other 16 players for just INR 12.65 crore, which also included some of the marquee signings of the likes of Sam Billings, Alex Hales, Mohammad Nabi, Ajinkya Rahane and Umesh Yadav.

KKR has been put into Group-A by the BCCI. The teams have been assigned in two virtual groups. This is based on the number of IPL Championships won followed by the number of Final matches played by the respective teams.

What is the home ground of Kolkata Knight Riders team? The home venue of the Knight Riders is the iconic Eden Gardens (with the two ends of the crease called the High Court End and the Club House End). Owned by the Cricket Association of Bengal, it was the largest cricket stadium in India and had a seating capacity of over 90,000. 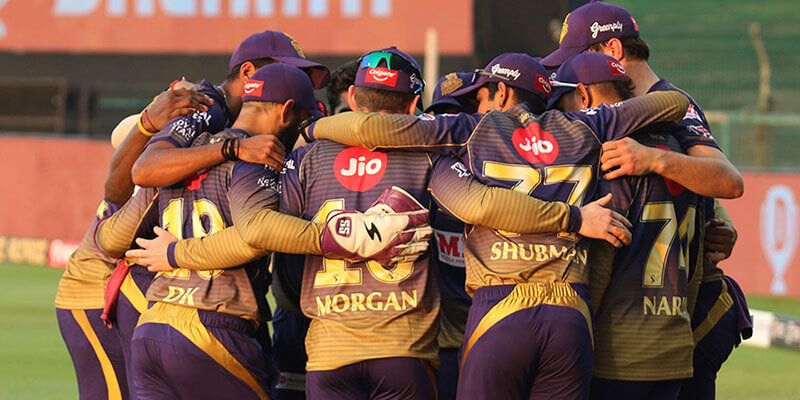