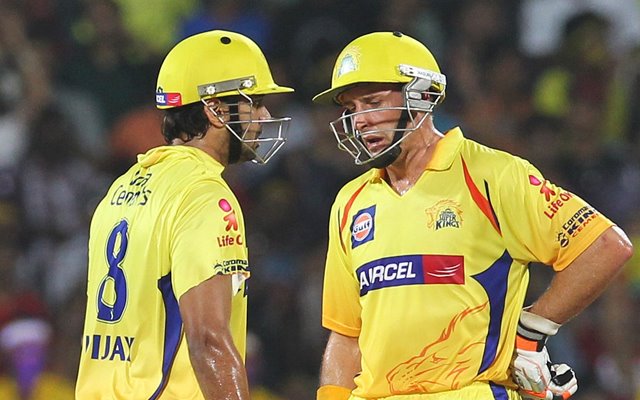 Here are the records held by Chennai Super Kings 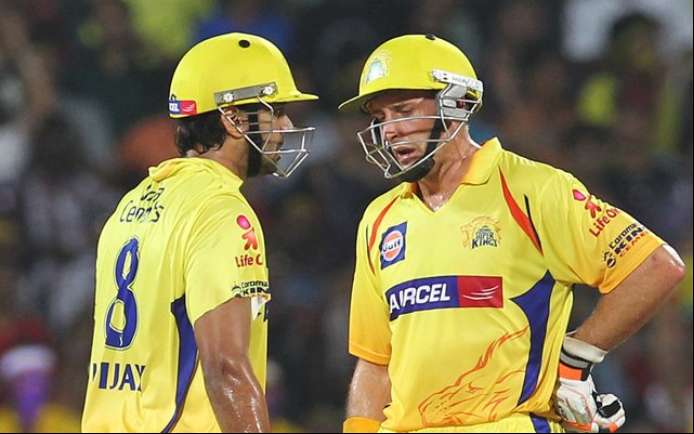 Having immense batting talents in shed-like Mathew Hayden, Micheal Hussey, Suresh Raina, and Albie Morkel. CSK has racked up runs like floods in every season. From orange cap holder in early season Consistently CSK also holds the record as the fastest team 100 in the power play.

Back in 2014, it was the eliminator game between Chennai super kings and Kings XI Punjab. Batting first KXIP put on 226/5 in their allocated 20 overs. Chennai super kings needed the strong start but their opener back into the shed very early then came in the Mr consistent of IPL Suresh Raina who took on the charge and played one of the greatest IPL innings. Suresh Raina smashed quickfire 87 runs off 25 balls and took the scoreboard over 100 in just 6 overs. CSK was looking confident and was pretty much sure to chase the total but a bizarre run out of Suresh Raina turned things around for CSK after which the team lost the game to KXIP.

One more time has crossed the barrier of 100 runs in 2017 when Kolkata knight riders openers scored 105 against Royal challengers Bangalore. Only two times in IPL have done this magic before and with the current season almost there to begin it is sure we will see some of the unreal exhibitions in the upcoming season of the cash-rich league.

Most times playing an IPL final Chennai Super Kings have been the most consistent side in the history of the IPL as they have made the playoffs almost every IPL season. In fact, 2020 was the first year when they failed to make the playoffs. CSK has made the IPL Finals 9 times in 12 seasons.

Five Teams who have played most Finals in IPL history

Most matches as captain:

CSK captain MS Dhoni holds the record for having led in the most matches as captain. He has led Chennai in 190 IPL matches, of which the team has won 116 and lost 73. He also captained Rising Pune Supergiant when Chennai was suspended. Overall, Dhoni has captained in 204 matches in the IPL, of which he has won 121 and lost 82.

Lowest total defended in the IPL: CSK holds the record for the lowest score defended in the IPL. Chennai defended 116 for 9 in a match against Kings XI Punjab in Durban during the 2009 edition. Batting first, CSK struggled in their 20 overs, with Parthiv Patel’s 32 being the top score. Suresh Raina’s 20 was the next best. CSK, however, came up with a brilliant bowling performance to clinch the contest by 24 runs. Muttiah Muralitharan, Thilan Thushara, Ravichandran Ashwin, and Suresh Raina all claimed two wickets each as Punjab were held to 92 for 8.

Chennai Super Kings may have won one less title than Mumbai Indians. However, they hold one record that will be difficult even for Mumbai to break. CSK qualified for the playoffs in every season they featured in from 2008 to 2019 – 10 years in a row. They were suspended for 2016 and 2017 but in all other seasons, they were in the playoffs. CSK finished runners-up in 2008 and semi-finalists in 2009. They won back-to-back titles in 2010 and 2011 and finished runners-up in the next two years. They returned from suspension to win the IPL in 2018. It was in 2020 that they failed to make the playoffs for the first time, breaking their freak streak.