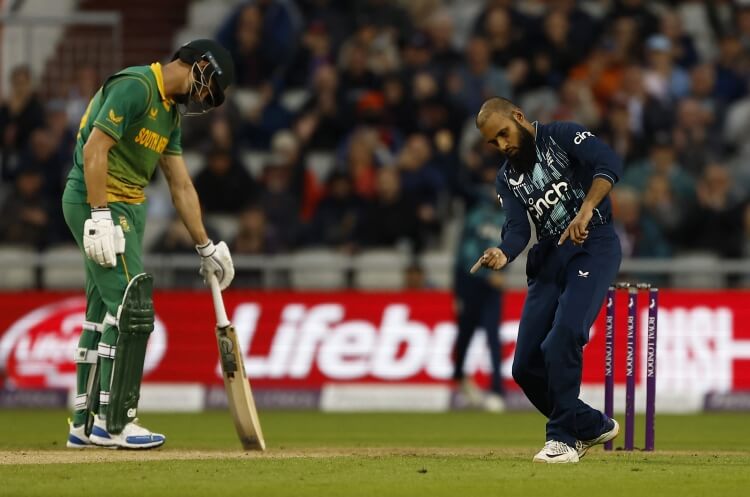 In the second match for the South Africa team (SA), Dwayne Pretorius took 4 wickets while bowling excellently. Both the teams, performing brilliantly in this match, will enter the field with the intention of winning this match and making the series their name.

The match toss between England and South Africa will take place at 3:00 PM IST. It will be an exciting encounter for the neutral fans as well.

Liam Livingstone This is a very explosive style batsman. In the first match, he took 2 wickets while bowling brilliantly, in the second match, he played an important inning of 38 runs and took the team to the score of 201 runs, also this dream team can prove to be good in this match too.

Rassie van der-Dussen is a right-handed batsman from South Africa. He has hammered 134 runs in this series so far and can play a significant role with the bat once again in this match.

Joe Root In the first match, he is the highest run-scorer for the England team, he played an important inning of 86 runs off 77 balls, if the England team has to win this match, then his bat is necessary.

Dwayne Pretorius In the last match, he took 4 important wickets for 36 runs in 6 overs and also scored 17 runs. In this final and deciding match also, the South Africa team is expected to perform well from them.

Also Read: How to Watch Matches for Free on TV and Mobile Phones

Hopefully that pitch will assist the batsmen in this game, and it will be a bit difficult for the bowlers to stop the flow of runs. The team chasing the score has won most of the games in Leeds. So far 46 Test matches have been played at this ground, in which 18 matches have been won by batting first and 26 matches by chasing.

England vs South Africa 3rd ODI will be held today on 24 July 2022. There is a high probability of afternoon showers in this match. The day will be cloudy and humid. The maximum temperature will be 24 °C and the minimum will be 16 °C. Wind speed can be between 15 to 30 kmph.