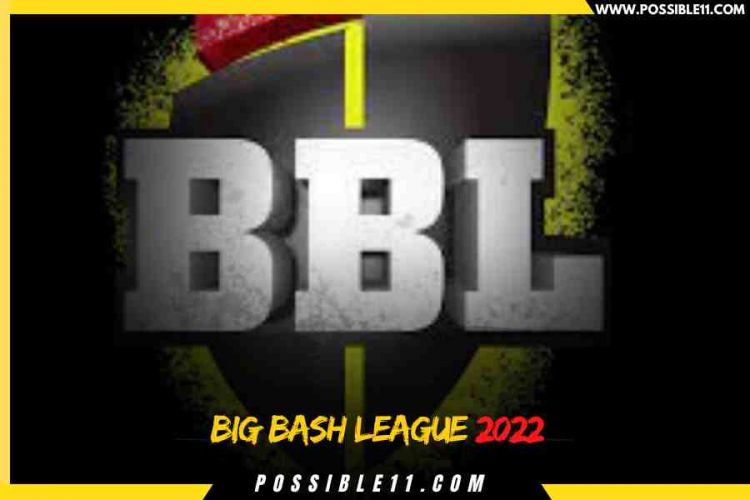 The Big Bash League (BBL) 2022-23, Cricket Australias domestic T20 tournament, will begin with league stage fixtures on December 13 in Canberra and conclude with the summit clash on February 4 next year.

The 12th edition of the BBL will be an eight-team tournament, with each team playing 14 round-robin matches in the league stages. In the season opener, the Sydney Thunder will face the Melbourne Stars, while the defending champions will face the Sydney Sixers.

In terms of audience attendance, the Big Bash League (BBL) is the worlds second most popular cricket league after the IPL. Cricket Australia launched it in 2011. The league is known as the KFC T20 Big Bash League. The Australian cricket board investigated the first three seasons of the IPL (Indian Premier League) beginning in 2008.

It was determined that with so much domestic talent available in the country, it could be best utilised and nurtured. So they started this t20 cricket league and scheduled it for the summer season, which is December to January. Perth Scorchers won the BBL 11th season. The 12th season will run from December 2022 to January 2023.

The league stage will consist of 56 matches, after which the teams qualifying will compete in a five-match knock out series, beginning with Eliminator, followed by Qualifier, Challenger, and The Final.

The tournament will be held at 17 venues across 13 cities, including the SCG and MCG, with the addition of Lavington Sports Ground in Albury, Cazalys Stadium in Cairns, and North Sydney Oval.

The tournament, which began in 2011, was supposed to expand in 2012. Newcastle, Canberra, Geelong, and the Gold Coast were proposed as teams. A team based in New Zealand, most likely in Auckland or Christchurch, was also proposed. However, the leagues expansion was halted due to a lack of proper hosting facilities in the proposed cities.

The tournament is entirely held in Australia during the summer months of December, January, and February. Until 2014, only the top two teams qualified for the Champions League T20.

The tournament was held between the top teams from various domestic T20 cricket leagues from around the world, similar to the UEFA Champions League, which is held in Europe. The Champions League T20 tournament, on the other hand, was cancelled in 2014.

The Big Bash League is an eight-team t20 cricket league. Every team plays every other team twice. As a result, they will play 14 games before the knockout stage. The knockout stage pits five teams against each other, with the bottom three eliminated. BBL has a total of eight teams that compete. These are listed below.

As previously stated, the BBL 2022/23 season will begin on December 13. The regular season will conclude on January 25, 2023, with a doubleheader between the Brisbane Heat and the Hobart Hurricanes, as well as the Sydney Thunder and the Melbourne Stars.

The BBL will be held from December 5 to January 28, with matches between the eight teams - Adelaide Strikers, Brisbane Heat, Hobart Hurricanes, Melbourne Renegades, Melbourne Stars, Perth Scorchers, Sydney Sixers, and Sydney Thunder - taking place across 14 venues in Australia. The Sixers are the competitions defending champions.

The eight teams will compete in 56 league matches and five knockout matches. Due to the Omicron Covid-19 variant and border restrictions in some states, there may be some complications, such as crowd and player movement restrictions.

Cricket Australia increased the tournament prize money to $890,000 for the 2015/16 season, which will be split among five teams.

Total Titles Won By Each Team Of Big Bash League