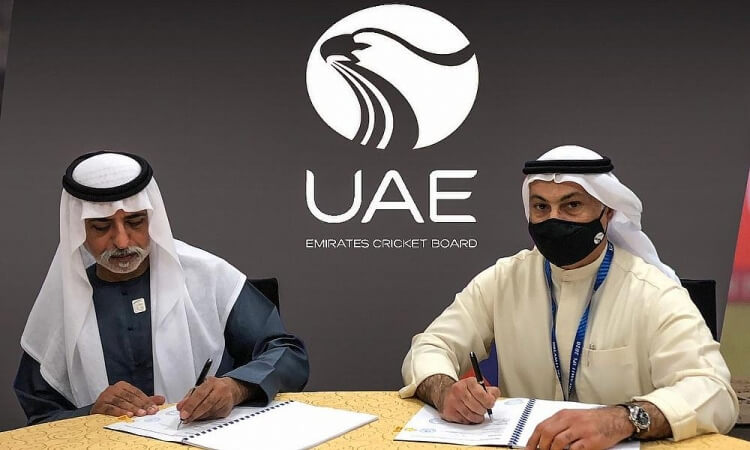 There is good news for cricket fans. The dates for the UAE International T20 League have been announced. The Emirates Cricket Board (ECB) has announced on Monday that their T20 league first season (which has been named International League T20). In 2023, it will be played from January 6 to February 12. In this, franchises of six teams will participate. 34 matches will be played at the venues of Abu Dhabi, Dubai, and Sharjah.

The Emirates Cricket Board officially announced the dates for the league on Monday 6 June. According to this, the 6-team tournament will be organized from 6 January 2023 to 12 February 2023 in different cities of the UAE. Some major franchises associated with IPL are also in this league. taking part. Mumbai Indians-owned Reliance Industries, Shah Rukh Khans Knight Riders group, and Delhi Capitals co-owners GMR have bought teams here.

The Emirates Cricket Board announced the organization of the league on its Twitter account. In a statement issued by the ECB, the chairman of the board, Sheikh Nahyan bin Mubarak Al Nahyan said, “The Emirates Cricket Board has been awarded Reliance Industries, Kolkata Knight Riders, Capri Global, GMR, Lancer Capital, Adani SportsLine, broadcaster Zee Group and all other stakeholders are delighted to be associated with the UAEs new T20 league. Such experienced companies from UAE T20 league Its wonderful to be associated."

? BREAKING ? Emirates Cricket Board confirms their inaugural #ILT20 League will be played between the window of 6th January to 12th February 2023

All you need to know about this EXCITING news ? https://t.co/UudHm5onZF

These 5 Indian companies have a team

With this league, local players will also get a chance to show their skills. Five of the six franchises are linked to Indian companies, Reliance Industries, Teams from Knight Riders Group, GMR, Adani Sports Line of renowned industrialist Gautam Adani and Lancer Capitals apart from Capri Global Are included. Lancer Capitals is a company owned by the Glaser family of Manchester United.