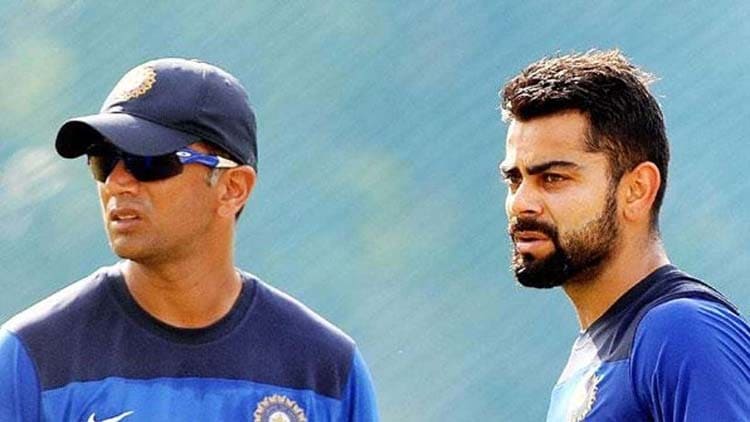 India captain Virat Kohli said he is not exactly aware of what is happening when it comes to appointing Rahul Dravid as Indias next head coach. Kohli said he is yet to have a discussion with the BCCI top brass about Dravid being in line to replace Ravi Shastri.

Kohlis comments came after it emerged that Rahul Dravid is the front-runner to become India mens senior teams next head coach. Dravid had a meeting with BCCI president Sourav Ganguly and secretary Jay Shah were the two senior officials who convinced the former India captain to take up the role of the head coach.

Also Read: Asia Cup 2023 in Pakistan will be 50-over matches: Ramiz Raja

Dravid has reportedly been handed a 2-year contract that will expire after the 2023 World Cup. Notably, Shastris tenure as the head coach will end after Indias T20 World Cup campaign in the UAE.

No idea exactly whats happening on that front. No detailed discussion with anyone yet," Kohli said when asked about Dravids potential appointment.

The India skipper was speaking during a captains media session ahead of the T20 World Cup that begins in the UAE and Oman with the first round matches on Sunday.

48-year-old Dravid has been in charge of the national A and U-19 set-up for the past six years and a lot of players such as Rishabh Pant, Avesh Khan, Prithvi Shaw, Hanuma Vihari, and Shubman Gill have come through the system prepared by him. He currently heads the National Cricket Academy in Bengaluru.