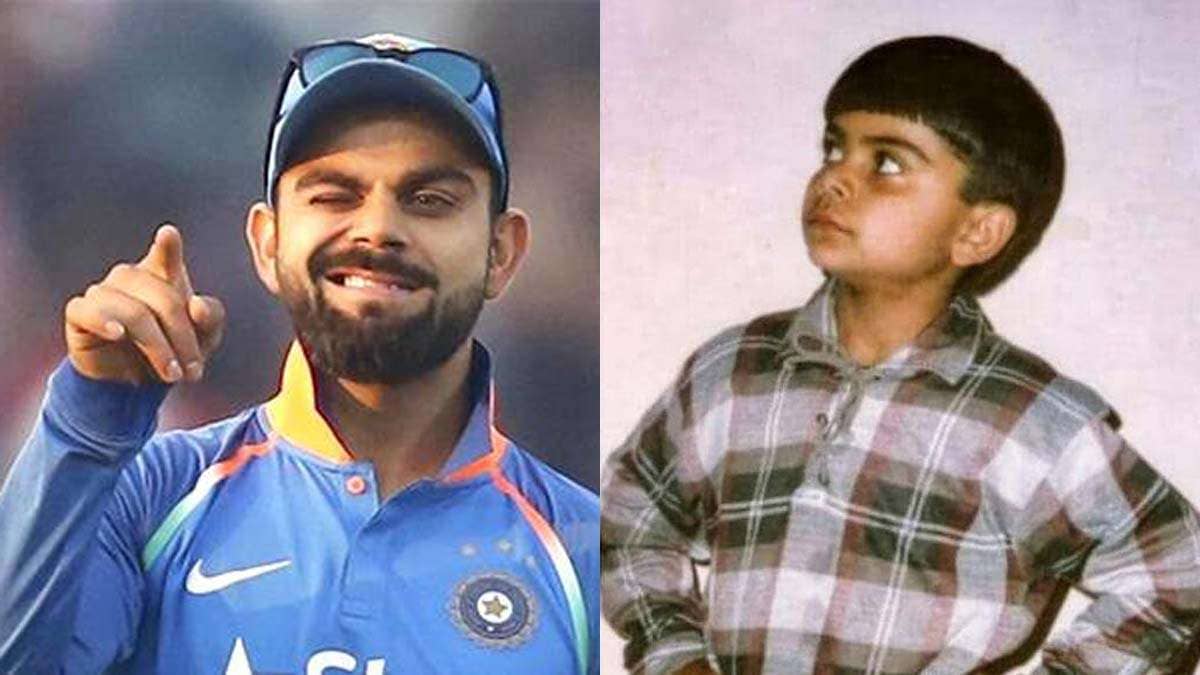 Virat Kohli born 5 November 1988) is an Indian cricketer and the current captain of the India national team. A right-handed top-order batsman, Kohli is regarded as one of the best contemporary batsmen in the world. He plays for Royal Challengers Bangalore in the Indian Premier League (IPL), and has been the teams captain since 2013. Kohli is consistently rated as one of the top-ranked batsmen in the world, according to the ICC Player Rankings. Among Indian batsmen, Kohli has his best ever Test rating (937 points), ODI rating (911 points) and T20I rating (897 points).

Virat Kohli was born on 5 November 1988 in Delhi into a Punjabi Hindu family. His father, Prem Kohli, worked as a criminal lawyer and his mother, Saroj Kohli, is a housewife. He has an older brother, Vikas, and an older sister, Bhavna. According to his family, when he was three-years old, Kohli would pick up a cricket bat, start swinging it and ask his father to bowl at him. 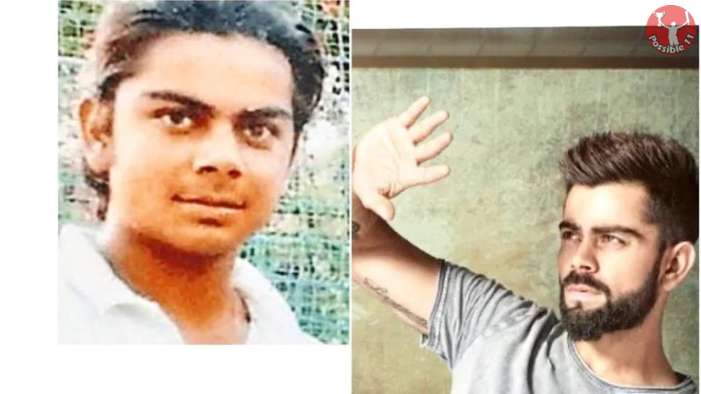 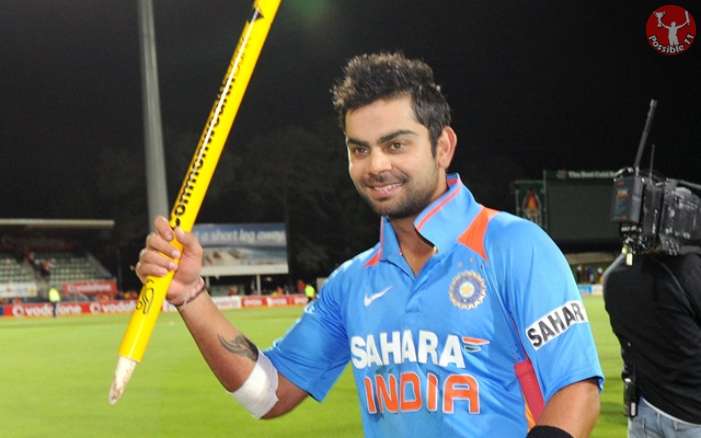 Kohli first played for Delhi Under-15 team in October 2002 in the 2002–03 Polly Umrigar Trophy. He was the leading run-scorer for his team in that tournament with 172 runs at an average of 34.40. He became the captain of the team for the 2003–04 Polly Umrigar Trophy and scored 390 runs in 5 innings at an average of 78 including two centuries and two fifties. In late 2004, he was selected in the 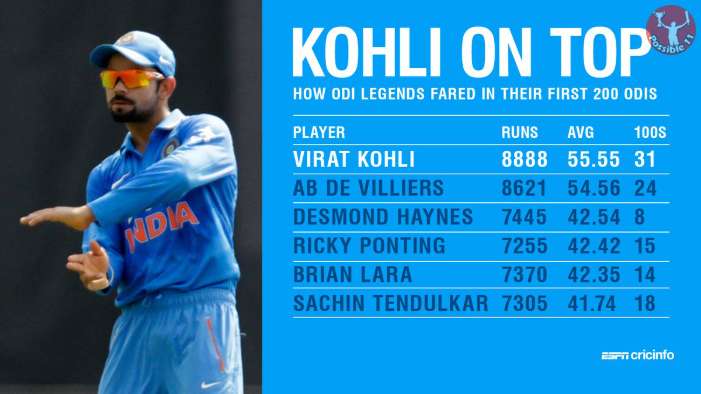 In August 2008, Kohli was included in the Indian ODI squad for tour of Sri Lanka and the Champions Trophy in Pakistan. Prior to the Sri Lankan tour, Kohli had played only eight List A matches, and his selection was called a "surprise call-up". During the Sri Lankan tour, as both first-choice openers Sachin Tendulkar and Virender Sehwag were injured, Kohli batted as a makeshift opener throughout the series. He made his international debut, at the age of 19, in the first ODI of the tour and was dismissed for 12. He made his first ODI half century, a score of 54, in the fourth match which helped India win the series. He had scores of 37, 25 and 31 in the other three matches. India won the series 3–2 which was Indias first ODI series win against Sri Lanka in Sri Lanka.

After the Champions Trophy was postponed to 2009, Kohli was picked as a replacement for the injured Shikhar Dhawan in the India A squad for the unofficial Tests against Australia A in September 2008. He batted only once in the two-match series, and scored 49 in that innings. Later that month in September 2008, he played for Delhi in the Nissar Trophy against SNGPL (winners of Quaid-i-Azam Trophy from Pakistan) and top-scored for Delhi in both innings, with 52 and 197.

Kohli was included in the squad for the home ODI series against England in November 2008 but was not given a chance to play, due to the inclusion of Tendulkar and Sehwag in the team. In December 2008, Kohli was given a Grade D contract in the annual BCCI contracts list which entitled him to receive ₹1.5 million (equivalent to ₹3.4 million or US$47,000 in 2019). He was then dropped from the squad for the five-match ODI series in Sri Lanka against Sri Lanka in January 2009.

Kohli was selected in the four-team Emerging Players Tournament in July–August 2009 held in Australia. He opened the innings for India Emerging Players in that tournament and finished as the leading run-getter with 398 runs from seven matches at an average of 66.33

Kohli returned to the national team replacing the injured Gautam Gambhir in the Indian squad for the tri-series in Sri Lanka. He batted at number 4 for India in the 2009 ICC Champions Trophy because of an injury to Yuvraj Singh. In the inconsequential group match against the West Indies, Kohli scored an unbeaten 79 in Indias successful chase of 130 and won his first man of the match award. Kohli played as a reserve batsman in the seven-match home ODI series against Australia, appearing in two matches as injury replacement.

Rise through the ranks 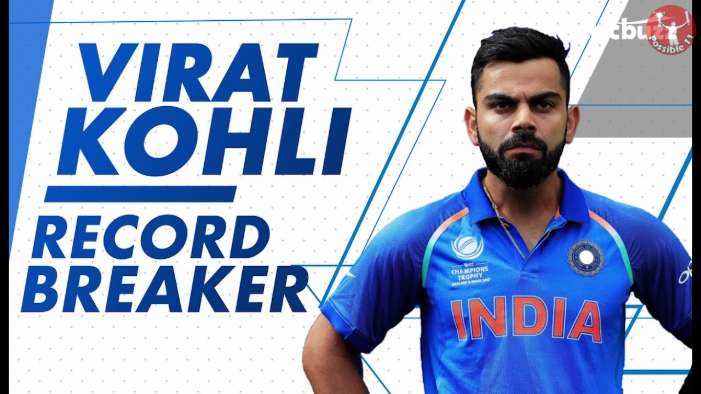 Raina was named captain and Kohli vice-captain for the tri-series against Sri Lanka and Zimbabwe in Zimbabwe in May–June 2010, as many first-choice players skipped the tour. Kohli made 168 runs at 42.00 including two fifties, but India suffered three defeats in four matches and crashed out of the series. During the series, Kohli became the fastest Indian batsman to reach 1,000 runs in ODI cricket. He made his T20I debut against Zimbabwe at Harare and scored an unbeaten 26. Later that month, Kohli batted at 3 in a full-strength Indian team throughout the 2010 Asia Cup and scored a total of 67 runs at an average of 16.75. His struggles with form continued in the tri-series against Sri Lanka and New Zealand in Sri Lanka where he averaged 15.

Kohli batting in an ODI against New Zealand in December 2010

Despite the poor run of form, Kohli was retained in the ODI squad for a three-match series against Australia in October, and in the only completed match of the series at Visakhapatnam, scored his third ODI century–118 off 121 balls–which helped India reach the target of 290 after losing the openers early. Winning the man of the match, he admitted that he was under pressure to keep his place in the team after failures in the two previous series.