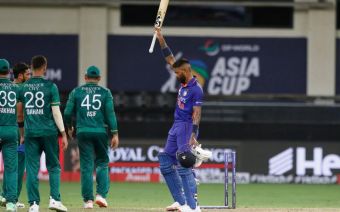 The Indian team won the series by defeating Australia in the third T20 match played in Hyderabad. Due to rain, the second match was played for only eight overs each. But the third match was very good. Virat played a blistering inning of 63 runs in 48 balls while chasing the target in the deciding match against Australia on Sunday. During this, he hit 3 fours and 4 sixes and after taking the team to the edge of victory, returned to the pavilion on the second ball of the last over. He formed the basis for the teams victory by sharing a 62-ball 104 for the third wicket with Suryakumar Yadav.

The Indian team won the Hyderabad T20 and won the series 2-1 against Australia. This is another series win of Team India under the leadership of Captain Rohit Sharma which was very special. With this, India has also overtaken Pakistan in terms of a big record. The record for most wins in a calendar year in T20 cricket is now in Indias name.

Most T20I wins in a calendar year

Most wins by an international team in a calendar year

Successful Captain of India in T20I