Last two IPL 2021 matches To Be Played at the same time: BCCI 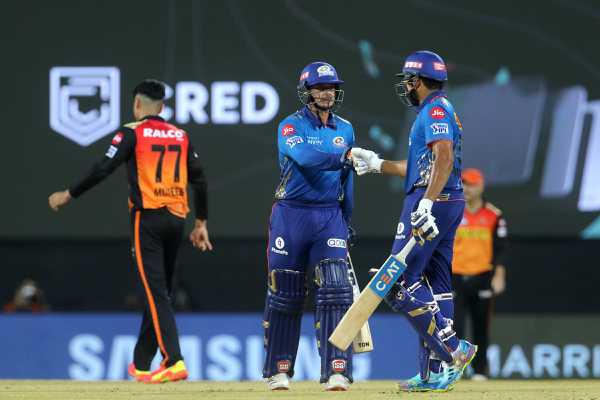 The last 2 games of the ongoing IPL 2021 league phase-2 will be played simultaneously, the Board of Control for Cricket in India (BCCI) announced on 28 Sept. This is happening the first time ever that the last day of the group phase in IPL will have matches being played at the same time. SunRisers Hyderabad vs Mumbai Indians was scheduled in a day game at 3:30 PM IST while the Royal Challengers Bangalore vs Delhi Capitals match was scheduled to be played at 7:30 PM IST. Both games will now be played in the evening at 7:30 PM IST, BCCI stated.

"In a first for the IPL, the last two league matches before the VIVO IPL 2021 Playoffs will be played concurrently," the BCCI said in a media release.

BREAKING: The last two league matches of #IPL2021 to be played concurrently at 07:30 PM IST

"On the last day of the league stage (08.10.2021) of the ongoing season, instead of having one afternoon match and one evening match, two matches (SRH v MI and RCB v DC) will be played simultaneously at 7.30 PM IST (6.00 PM GST)," the statement further read.

IPL 2021 is at a crucial stage right now as none of the teams have made their place secure in the play-offs. Delhi Capitals had a chance to become the first team to enter the play-offs on Tuesday, but their loss to Kolkata Knight Riders in Sharjah means Rishabh Pants team will have to wait longer.

MS Dhoni-led Chennai Super Kings could secure their play-offs berth if they beat bottom-placed SunRisers Hyderabad in their next outing.