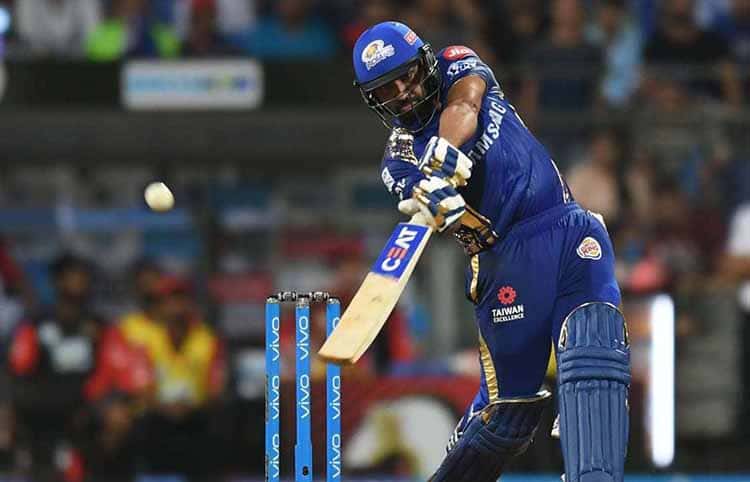 Rohit Sharma on 5th Oct 2021 became the first Indian batsman to hit 400 T20 sixes in the world. An outstanding win over Rajasthan Royals in Match 51 of the Indian Premier League (IPL) 2021 in Sharjah.

Rohit hit Shreyas Gopals first over a Six to become the 7th batsman to complete 400 sixes in the shortest format of cricket. Rohit has hit 133 sixes for India, 227 in the IPL for Mumbai Indians, 16 in the Champions League T20, and the remaining 24 in other T20 competitions during his 14-year career so far.

Rohit scored four and 2 sixes in his 13-ball 20 to take Mumbai Indians off to a better start to their target of only 91 runs.

Ishan Kishan then became unstoppable and smashed 50 not out off 25 balls with 3 sixes and 5 fours to make MI win the match by 8 wickets and 70 balls left in hand, it is the second-biggest margin of victory for the defending IPL champions in terms of balls remaining. This is also the 5th fastest win for any team in IPL history.

Also, pacers Nathan Coulter-Nile and James Neesham shared seven wickets between them to help Mumbai Indians restrict Rajasthan Royals to their lowest total in the IPL this season.

Opener Evin Lewis scored 24 while David Miller was the next best for the Royals with 15 runs in his kitty. Coulter-Nile (4/14) took four wickets while Neesham (3/12) scalped three batsmen as both bowlers registered their career-best figures in the IPL.

The win helped MI, who were tied on 10 points with RR and Punjab Kings before this game, jump two spots to be placed just below Kolkata Knight Riders (12 points) in fifth. Four teams - KKR, MI, Punjab Kings, and RR - are left in the fight for the final spot in the playoffs in IPL 2021.