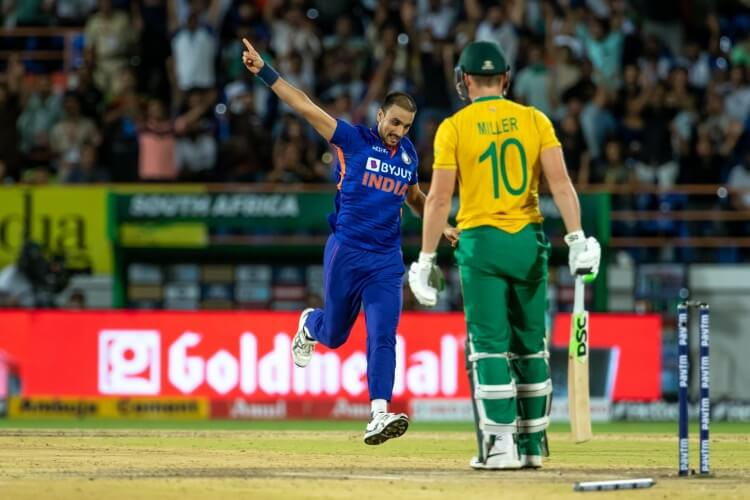 IND vs SA -The last decider of the 5-match T20 series being played between India and South Africa (IND vs SA) will be played at the M. Chinnaswamy Cricket Stadium in Bengaluru. In this match, both the teams will have a chance to win the series. The visiting team increased Indias trouble by winning the first two matches.

But, after winning 2 consecutive matches, now the Indian team has brought the series to an exciting turn. In which the victory of anyone can get him a trophy. For this, both the teams will be seen giving their full strength. This match of the series will be played on Sunday. Before this final match between India and South Africa (IND vs SA), lets take a look at every piece of information related to it. With Dream11 Prediction Pitch Report & Winning Tips

In the last thrilling match of the series between India-South Africa (IND vs SA), both the teams will have a great chance to win the trophy. If Team India wins this match, then Africa will be sent back to their home without a trophy and it will not be wrong to expect such a thing considering the pace in which the hosts have returned. But, to capture the series, Team Indias middle-order batsmen will have to give their best and the bowlers will have to maintain a similar hold on their line-lengths.

At the same time, difficulties are seen increasing for South Africa (IND vs SA). In the fourth match, captain Temba Bavum injury had turned the whole thrill of the match. As soon as he returned to the dugout, the entire team collapsed for 87 runs and lost the match by 82 runs. In this match, the match-winner players of South Africa (David Miller, Rasi, Klaasen) also did not play. Who showed tremendous class in the first 2 matches.

In such a situation, if Temba Bavuma injury becomes more serious, then Reeza Hendricks may return to the playing XI in his place. If this happens then the problems of the visiting team will increase further. Therefore, along with the batsmen, the bowlers also need to improve their line length. Because again and again in the death overs, African bowlers are making the same mistake and looting runs.

South Africa had won both the opening matches of this series and India was in danger of losing the series. After this, India made a great comeback by winning the remaining two matches. India won the fourth match of the series by a margin of 82 runs. It was Indias biggest win in T20s in terms of runs and South Africas biggest defeat. Keeping this momentum intact, Team India would like to win the series by winning the last match.

Indian team captain Rishabh Pant has not been able to do anything special in this series. He has neither scored runs with the bat nor has done anything amazing under his captaincy. If India wins this series, Pant will join the race for future captains and strengthen his claim. Apart from him, KL Rahul and Hardik Pandya are the contenders to become the captains of the future. There has been no change in the Indian team in the first four matches of the series. In such a situation, it will be interesting to see that coach Dravid concentrates on winning this series and does not tamper with the winning XI or give chances to the rest of the players.

The last deciding match of the series between India-South Africa (IND vs SA) is to be played at the Chinnaswamy Stadium. Talking about the pitch here before this match, it is considered one of the best pitches in the world for batsmen. In the beginning, the batsmen get a lot of help. Winning the toss will be the biggest challenge for this pitch.

Because the boundaries of the stadium here are very small and the batsmen can easily play big shots on this pitch. The outfield is also fast in the pitch, apart from this the fast bowlers are going to get a lot of help. As the pitch gets old, it will also help the spinners. But, the team winning the toss would like to bat here.