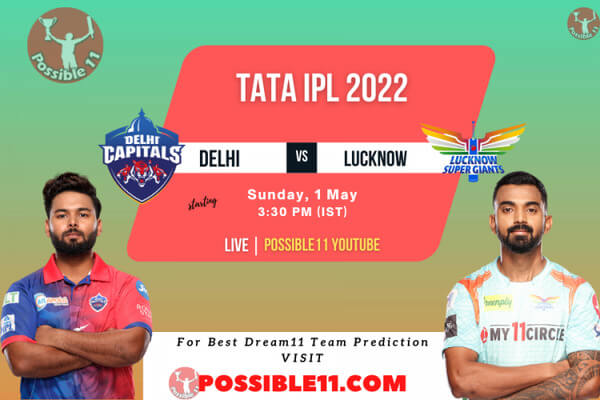 DC vs LKN Delhi Capitals vs Lucknow Super Giants (DC vs LKN) match is going to be played in the 45th match of the IPL 2022 title battle. The spectators are eagerly waiting for this match to be held at the Wankhede Stadium in Mumbai. Because both the teams have an army of such strong players that when they come face to face, the level of entertainment will skyrocket.

In this spectacular match, one side K. Lucknow Super Giants LKN, captained by L Rahul, are coming in their last match by defeating Punjab. On the other hand, the Rishabh Pant-led Delhi Capitals DC are still trying to get their momentum in full swing. Now if there is a war between these two teams at Wankhede Stadium on May 1, then the excitement will be at its peak. So let us now tell you about every important information related to the DC vs LKN match.

Delhi Capitals DC, who have made their place in the playoffs consistently for the last 3 years, have been seen in their matches so far in IPL 2022. Delhis (DC) once-strongest batting line-up has not been able to do anything special so far this season. Apart from openers Prithvi Shaw and David Warner, none of the batsmen in the middle order seem to be showing faith, especially as the team lost 6 wickets in the last match chasing just 146 runs in front of Kolkata. 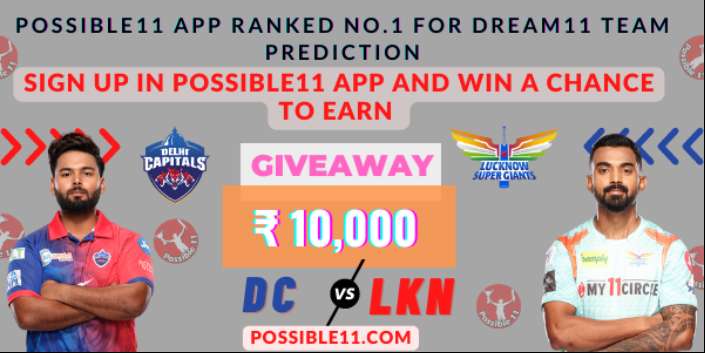 Delhis DC bowling department has done well, having conceded a lot of runs against Rajasthan but they came back and laid the foundation for an easy win. Kuldeep is enjoying his best IPL season. The left-arm spinner has taken four wickets twice this season, taking his total to 17 wickets. Khaleel Ahmed is bowling economical who has taken 11 wickets in six matches and has an economy of 7.91. He is getting good support from Mustafizur Rahman while spinners Akshar and Lalit also played their roles.

His middle order has also been a problem for Lucknow Super Giants to face Delhi in the 45th match. Looking at the last two matches of this team, Lucknow scored 168 runs against Mumbai, where captain KL Rahul alone contributed 103 runs. Then after scoring 82 runs for the loss of 1 wicket against Punjab, the team lost 4 wickets in the next 12 runs. It is clear from this that the middle order batsmen of Lucknow will have to play with more responsibility.

Lucknow Super Giants (LKN)close to making it to the playoffs

Lucknows team, however, is on their way to clinching the playoff spot, with six wins from nine matches, they are at the third position in the points table. However, the team wants to break the excessive dependence on the in-form captain Rahul. Rahul has so far scored two centuries and one half-century in this season.His innings played an important role in the teams victory. This dependence is so high that in the three matches that the team has lost, Rahuls bat did not play.The team has very good players in the form of Quinton de Kock, Ayush Badoni, Deepak Hooda and Krunal Pandya and they will have to take their responsibility. The team also has Jason Holder and Marcus Stoinis. In the bowling, Krunal and fast bowler Dushmanta Chamira helped defend the target against Punjab, but Ravi Bishnoi, however, proved to be a bit expensive.

The pitch of Wankhede Stadium is considered helpful for the batsmen, runs were also rained in the match played between Gujarat and Hyderabad on Wednesday. Here the ball is now coming to a halt on the pitch. In such a situation, it will be interesting to see whether todays match will be high-scoring or not.