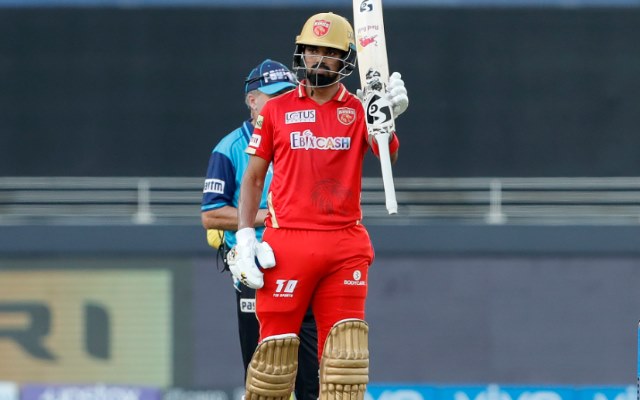 As per a report, KL Rahul is likely to quit Punjab Kings and will be available in the auction pool for the mega-auction. The present captain of Punjab Kings, Rahul had joined the franchise for Rs 11 crore in IPL 2018 mega-auction.

The most compatible batsman in the Indian Premier League (IPL) since 2018, KL Rahul is likely to part ways with his present franchise, Punjab Kings (PBKS) after his 4-year journey. Rahul, who missed IPL 2017 due to an injury, had joined PBKS for a mega-amount of Rs 11 crore and has delivered results in every season since then.

His glorious score with the bat led him to be named as the captain in 2020. But his 4-year stay at PBKS will likely end and Rahul will be back in the auction pool, the Cricbuzz has reported.

As per Cricbuzz, a few franchises have shown interest in buying him at IPL 2022 mega-auction. Rahul has done wonders with the bat since his return to the league and can very well break the 11 crore mark if he is back in the auction pool IPL 2022.

Also Read: No country will stand up against India: Ramiz Raja

The BCCI is hasnt announced the retention policy and there are chances of Punjab Kings not letting him go if they have an option of retaining him. But the franchises dont retain any player against his wish, as we have seen in the past. Players like R Ashwin, Ajinkya Rahane, and Shikhar Dhawan have moved from one franchise to another and PBKS might not retain Rahul if he wants to move on from PBKS.

One of the most struggling teams In IPL, PBKS havent made it to the 2nd round of the league since 2014. They came close to ending their below-par run under Ashwin in 2018 but broke in the 2nd half of the season. Under Rahul, PBKS finished at the 6th spot in 2020 and 2021.

A strong contender to be Team Indias next T20 vice-captain, Rahul can also lead his new franchise next season if he parts ways with PBKS. He has been part of Royal Challengers Bangalore and Sunrisers Hyderabad in past seasons.