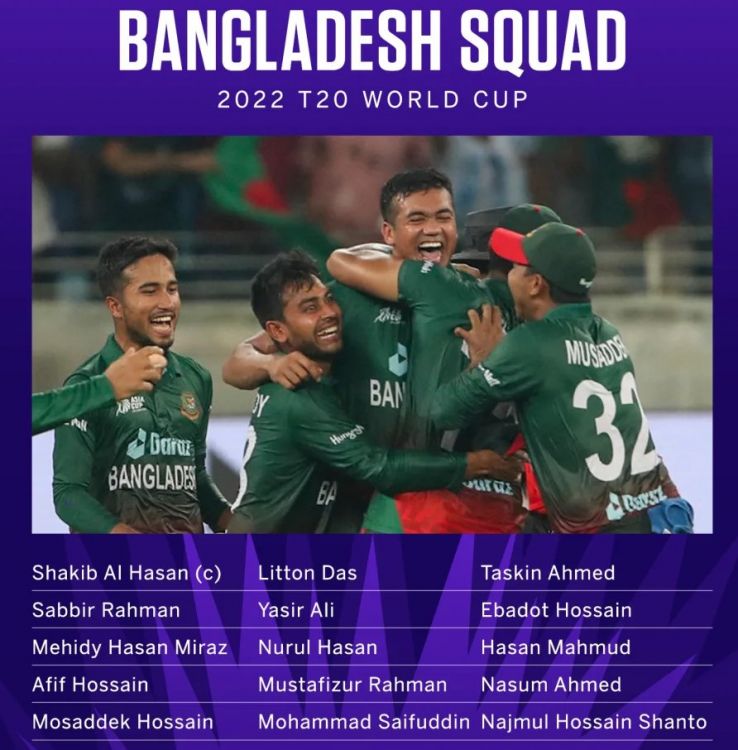 Bangladesh has announced its squad for the ICC T20 World Cup to be held in Australia. On Wednesday, the Bangladesh Cricket Board announced its 15-man squad to participate in this multinational tournament. The captaincy will once again be in the hands of Shakib Al Hasan. The teams performance in the Asia Cup was very poor and he was knocked out from the first round itself.

Bangladesh announced their 15-man squad for T20 World Cup to be held in Australia in October-November, with batsman Liton Das making a comeback while in-form all-rounder Mahmudullah was dropped. Also veteran wicket-keeper batsman Mushfiqur Rahim is also not part of the side led by skipper Shakib Al Hasan, who recently retired from the format.

Also Read: India vs South Africa Head to Head records, IND vs SA who is the best

Mahmudullah has been going through poor form for a long time. He scored 52 runs in the Asia Cup at a strike rate of 106.12 and scored a total of 151 runs in eight T20 innings this year. Bangladeshs T20 plans included Liton Das, Yasir Ali, Nurul Hasan, Hasan Mahmood and Najmul Hossain Shanto, while Pervez Hossain Amon, Anamul Haque, Mehdi Hasan and Mohammad Naeem were also dropped from the squad.

Bangladeshs first match of the ICC T20 World cup 2022 will be held on 24th October against Group A Runner-up at 3:00 pm(IST) in Bellerive Oval in Hobart.

Where to watch t20 World Cup in Bangladesh

The T20 World Cup in Bangladesh will be broadcast on Gazi TV and you can also watch the live broadcast of the World Cup on the Rabbithole app.