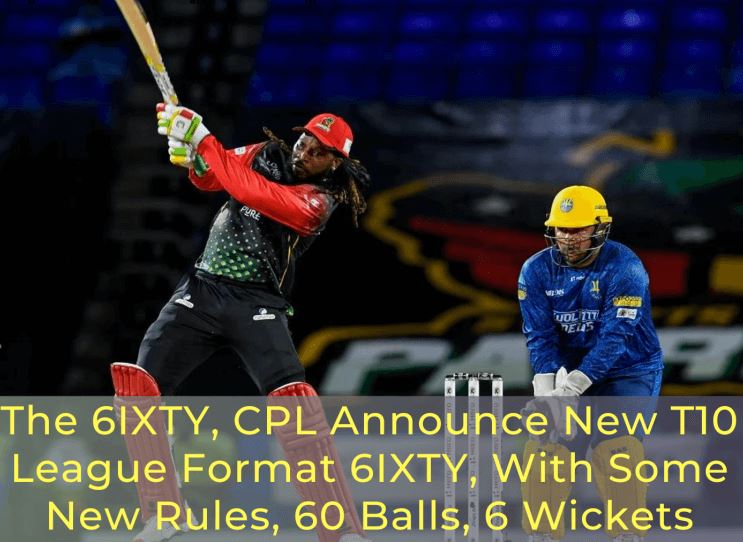 The rules of The 6IXTY League will be quite different from a normal match. In this league, a match will be of 10 overs and a team will have only six wickets, so lets know about this league.

West Indies cricket is preparing to revolutionize the T10 league. Under the Caribbean Premier League, preparations are being made to bring a league with 10-over matches, whose rules will be quite different. Its cord has been kept as The 6IXTY. In this league, there will be three teams of women and Six teams of mens cricket players. This league can take the excitement of cricket to a new level.

CPL made the announcement on social media through posts and a teaser video that featured West Indies legend, Chris Gayle. The league has been named 6IXTY.

This league will start from 24th August and will run till 28th August. If this league gets good support from the audience in the first season, then the number of matches can be increased in the coming season. Here we are explaining the rules of The 6IXTY League.

As ESPN Cricinfo reports, here are some of the strangest rules that the format will have.

Also Read: Fab 4 performance from 2019, whos leading among them in all formats?