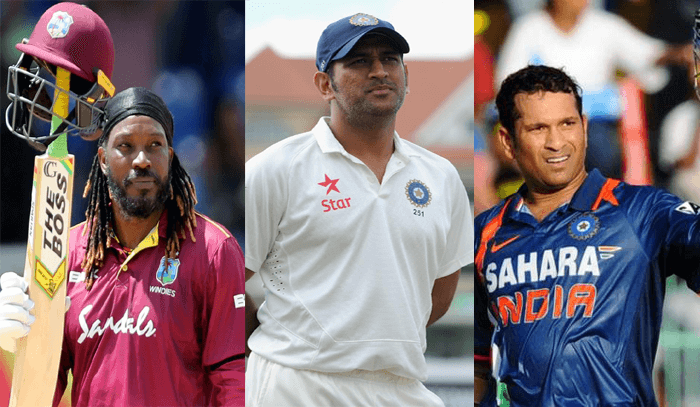 Universe boss Chris Gayle may have made a late entry to the ODI double centurion club but when he did, it was in his signature style. Scoring a blistering double ton off just 138 balls against Zimbabwe, Gayle not only became the fourth batter to achieve the feat but also the fastest one to do so. Gayle’s double century was also the first in the history of the World Cup. Overall, he scored 215 runs off 147 balls.

Sachin Tendulkar, one of the worlds greatest and most brilliant batsmen, started a new chapter in the history of cricket on this day on 24 February 2010. Known as the Lord of Cricket, Sachin achieved a new feat in cricket on this day and became the first batsman in the world to do so. The great batsman scored 200 not out in ODIs against South Africa at Gwalior on 24 February 2010. He became the first batsman in the history of world cricket to reach the 200-run mark in ODIs. Earlier, the record for making the highest individual score in ODI history was held by Pakistans Saeed Anwar and Zimbabwes Charles Coventry.

The legendary @sachin_rt etched his name in the record books as he became the first batter to score a double ton in ODIs (Mens). ? ? ? ?

On this day in 2013, Indias iconic wicketkeeper-batsman MS Dhoni smashed a record 224-run knock against Australia in the Chennai Test

Ms Dhonis magnificent knock of 224 is one that Chennai fans will remember for a long time. Australia had chosen to bat first and they posted a reasonable total of 380 in the first innings with a fine knock of 130 from skipper Michael Clarke. In response, India lost two early wickets before Pujara and Tendulkar got the innings back on track. India were 196/4 when Captain Cool walked out to bat alongside Virat Kohli.

Once the captain was at the crease, the match only seemed to be going Indias way. Dhonis 224 helped India put 572 runs on the scoreboard and take a lead of 192 runs. Eventually, India won the match by eight wickets and Dhoni unsurprisingly was adjudged the Man of the Match.

#OnThisDay in 2013, MS Dhoni became the first Indian wicket-keeper to score a double hundred in Tests ?