Fab 4 performance from 2019, whos leading among them in all formats? 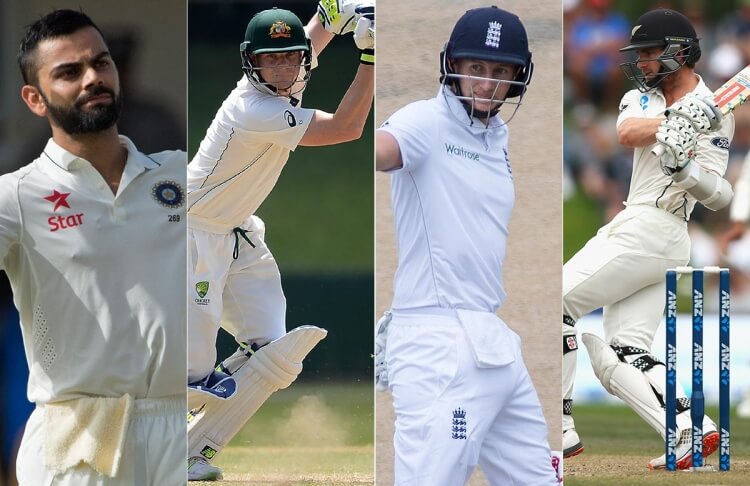 Fab 4 performance from 2019, whos leading among them in all formats?, Runs, Matches, and Average

Former England captain Joe Root has crossed the 10,000-run mark in Test cricket. Root became the first member of the Fab Four to reach 10,000 runs in the longest format of the game. Root has surpassed Virat Kohli, Steve Smith, and Kane Williamson in terms of total runs scored by at least 2,000 runs. This comes after Root was declared the weakest member of the group a few years ago. Is Root the best of the Fab Four cricketers? Lets take a look at their total number.

It was the year 2014 in which these four batsmen started scoring consistently and the notion of the fab-four started to emerge. At the end of 2014, Root averaged 97.1 in 11 innings, Smith averaged 81.9 in 17 innings, Kane Williamson averaged 61.9 in 17 innings, and Kohli averaged 44.6 in 20 innings in that calendar year.

In 2015, in none of the other eight years, Roots average was less than 35. On the other hand, Williamsons average also did not fall below 45 in any year.

Who is the leading in Fab 4 across all formats?

Comparing Fab 4 of in Test cricket

Fab 4 Joe Root, Virat Kohli, Kane Williamson and Steve Smith Looking at their batting averages, this will give you an overview of their Test career, Former Australian captain Steve Smith seems to be one of the better batsmen in Test cricket. Joe Root, on the other hand, is at the forefront of total runs, at least 2,000 more than the other three batsmen in the list. However, all the batsmen are in the running for the most centuries, with Virat Kohli, Joe Root, and Steve Smith taking the lead with 27 centuries each.

Most runs in Test in Fab 4

Comparison of Fab 4 in ODI Cricket

Virat Kohli is the best player in the ODI format of the game. Virat Kohli has a better average and has scored at least 6,000 more runs than the other three in the list. When it comes to centuries and half-centuries, Kohli is once again at the top spot with 43 centuries from 260 matches

Most runs in ODI in Fab 4

Comparison of Fab 4 in T20 Cricket

Virat Kohli has the most runs in T20 cricket. When it comes to batting in the shortest format of the game, Kohli has more runs and averages better than Joe Root, Steve Smith and Kane Williamson. Kohli has more half-centuries to his name than the other three on the list, which is twice the number of Kane Williamsons next best batsman. One more thing none of the Fab Four batsmen have scored a century in T20 Internationals.