MI vs CSK, Mumbai Indians and Chennai Super Kings are going to play against each other in the 33rd match of IPL 2022. Every year cricket lovers are eager to wait for the match between these two teams. Because whenever the Yellow Army and Mumbai Paltan pits against each other in the field, the thrill is at its peak. In the current season, both the teams were the top teams in their respective groups. Because Mumbai and Chennai have captured the trophy 5 and 4 times respectively.

But this year, both the teams seem to have changed their face and face, with Mumbai and Chennai, which are always on top, swinging at the bottom of the points table this time. It is very important for both the teams to win this match. Because a defeat from here could put an almost complete stop in this years playoff race. So let us tell you about every piece of information related to MI vs CSK bang match.

As soon as the names of Mumbai Indians and Chennai Super Kings come to mind, the word champion automatically comes on the tongue. These two teams have won the title 9 times in 14 seasons so far, out of which 5 trophies are in the Mumbai camp so far. At the same time, Chennai is not far behind by winning the season 4 times. But after the mega auction of IPL 2022, if the appearance of both the teams changed, then the situation has also changed. 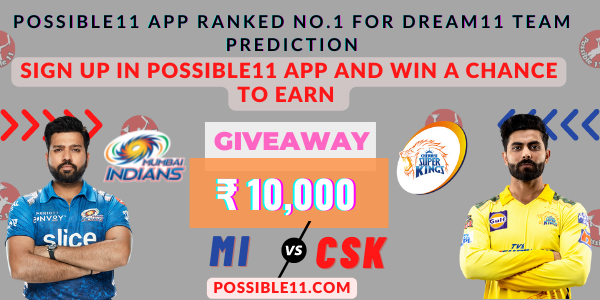 Even after playing 6 matches in IPL 2022 for Mumbai Indians, this team led by Rohit Sharma is looking for its first win. In no season so far has Mumbai suffered so much that the team loses 6 matches in a row. The biggest reason for this is that in this season, Mumbai Indians have not yet got an idea of ​​their best team. In every match, some weak link is becoming responsible for the defeat of this team. Out of which the biggest question mark is on the bowlers of the team.

All-rounder Kieran Pollard has also disappointed so far, whose image of the match-winner is getting tarnished. He has failed in every match so far and has scored just 82 runs. Mumbai have good batting on paper which can dominate Chennais relatively less experienced attack.

Chennai Super Kings (CSK) is also going through a similar problem. In the auction, without making any special changes in the batting of this team, the same players were included back who was playing an important role in the victory in the year 2021. But this year the balance of the team seems to be disturbed, due to which Super Kings have won only 1 match out of 6 matches.

It is absolutely reasonable to blame the teams bowlers for the defeat this season. Apart from Dwayne Bravo, none of the bowlers seem to be effective. Now, even after almost half the season, Mumbai and Chennai, who are longing for their first and second victories, are going to take the field on April 21 to save their credibility.

Ruturaj Gaikwads return to form is a positive sign for Chennai. He scored 73 runs in 48 balls in the last match against Gujarat Titans. Robin Uthappa and Shivam Dubey had presented a fine example of their attacking batting against Royal Challengers Bangalore but they did not work against Gujarat. Dubey needs to shoulder more responsibility in the middle order along with Ambati Rayudu and Moeen Ali.

MI vs CSK Head to Head

Mi is leading the head to head battles between both the teams by 20-14.