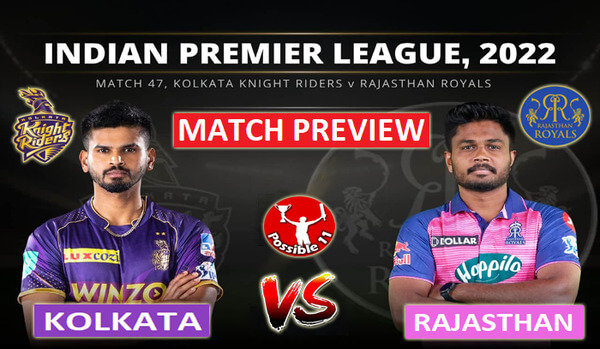 The entire responsibility of Rajasthan RR is on Jos Butler. Buttler has been in excellent form and has scored the highest 566 runs in the tournament at an average of 70.75. The England batsman cannot be expected to score big in every match and hence captain Sanju Samson will have to show consistency in his performance. Bowling is Rajasthans strong side but the dew made a big impact in the last match, which did not stop Mumbai Indians from achieving a score of 159 runs. Yuzvendra Chahal has taken 19 wickets at an average of 13.68 so far this season and is at the forefront of the bowlers list. Apart from them, Rajasthan has bowlers like Ravichandran Ashwin, Trent Boult, and the famous Krishna.

The last encounter between the two teams this season was very exciting. Rajasthan posted a mammoth score of 217 for five with opener Jos Buttlers 103, captain Sanju Samsons 38 off 19 balls, and Shimron Hetmyers 26 off 13 balls. Kolkata also retaliated after being hit on the very first ball. Opener Aaron Finch (58 runs) and captain Shreyas Iyer (85) kept the team in the match by sharing 107 runs in just 53 balls for the second wicket. However, the team was bowled out for 210 with two balls to spare and lost by seven runs. 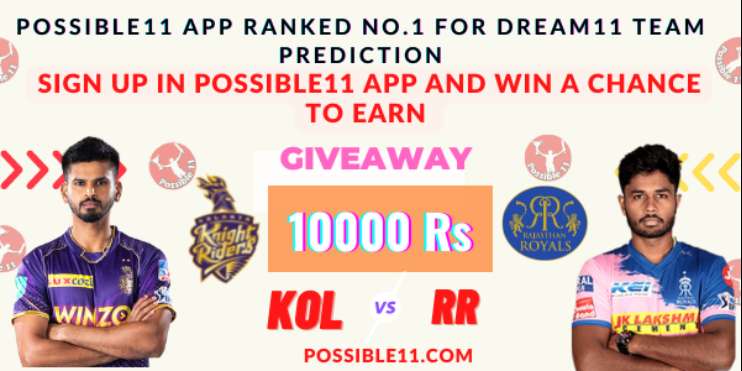 Performance of both the teams in IPL 2022

Two-time IPL winning team Kolkata Knight Riders are at the eighth position in the points table this season while Rajasthan Royals are currently at the third position in the points table. KKR played nine matches so far in IPL 2022 where they managed to win three matches. Whereas, Rajasthan Royals also played nine matches in this season where they have won six matches. Kolkata played their last match against Delhi Capitals where Delhi Capitals beat them by 4 wickets. At the same time, Rajasthan Royals are also coming after losing their last match to Mumbai Indians. In such a situation, both the teams would like to win this match and come back on the path to victory. With 1 win, Rajasthan Royals will once again come to No. 1.

The surface at the Wankhede is expected to deliver another high-scoring match. The batters are likely to find it easy to score runs again and the bowlers might have to do a lot to contain runs. The team winning the toss might look to bowl considering the dew factor.