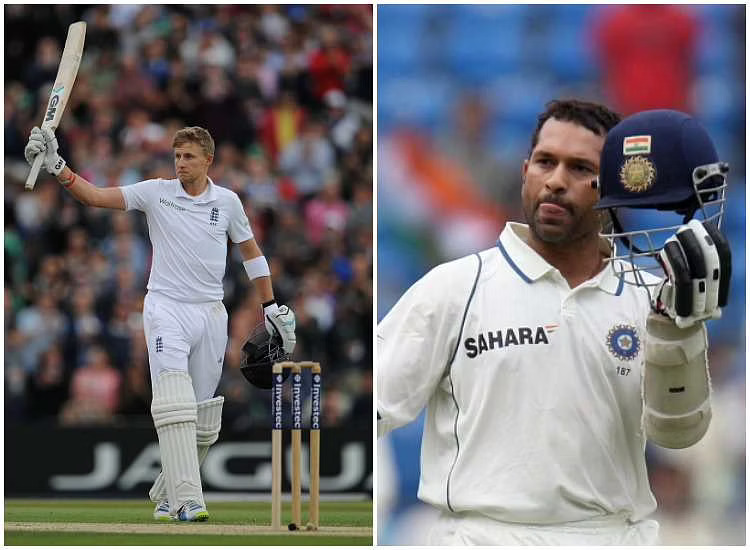 Joe Root surpasses 10000 Test runs, Only The Second English Cricketer To Achieve The Feat, and List Of Cricketers To Score 10000 Runs In Test Cricket

The more things change the more things stay the same for Englands Test team. As Ben Stokes led them to a 5-wicket win over New Zealand in his first match in charge as full-time captain, it was Joe Root whose 115 took them home at Lords under challenging conditions on the fourth day. From 69/4, England reached the target of 277 in the fourth innings on the back of a 120-run partnership between Root and Ben Foakes

England’s 31-year-old batting phenom, Joe Root, brought up his 26th career hundred in the first Test at Lord’s against New Zealand and breached the 10,000-run mark in the process.

Root, needing just 23 runs to complete the feat at the end of play on Day 3, went about his business as usual and brought up the milestone with a flick through midwicket off Tim Southee.

He is only the second English batter after Sir Alastair Cook to go past 10,000 runs in Test cricket and interestingly enough, he did it at the same age (31 years and 157 days) as the former left-hander.

Cook was on air during the innings and was immensely proud of the achievement. “I was so glad I was here to witness that – an unbelievable knock by an unbelievable player. He is the most complete England batsman in all forms,” Cook said on BBC Test Match Special.

List Of Cricketers To Score 10000 Runs In Test Cricket

Sachin Tendulkar currently leads the way for most runs in Test cricket history with 15,921 runs. Root is the 14th highest at the moment and could well overtake Younis Khan (10,099) and Sunil Gavaskar (10,122) by the end of the 3-match series against New Zealand.

Root is also the second Englishman after Alastair Cook to get to 10000 runs. Incredibly, both Root and Cook reached 10,000 Test runs at exactly the sameage - 31 years and 157 days. Root reached his 10000th run in 218 innings, making him the fastest Englishman to the mark. Cook had reached the mark in 229 innings.

The overall record for the fastest to 10000 runs belongs to Brian Lara, Sachin Tendulkar, and Kumar Sangakkara, all of whom have taken 195 innings each to get to the mark.