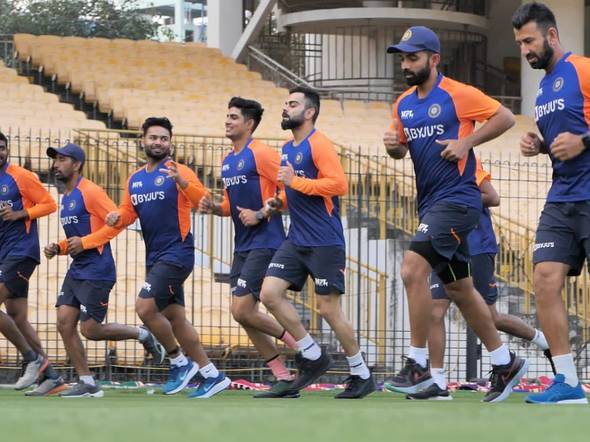 LEEDS: The Indian team on Sunday began training for the upcoming third Test against England in earnest with almost all its top players sweating it out at the nets at Headingley.

The visitors started practicing soon after reaching Leeds to play the third Test of the five-match series, having taken a 1-0 lead with a big 151-run win over the hosts at the Lord’s.

From skipper Virat Kohli, his deputy Ajinkya Rahane and senior opener Rohit Sharma to pacers Jasprit Bumrah, Mohammed Shami, and the spin duo of Ravichandran Ashwin and Ravindra Jadeja, all the players were seen training at the nets.

Also part of the session was wicketkeeper Rishabh Pant.

been found wanting on many occasions, especially their batting unit that is solely dependent on captain Joe Root.

The last time India played a Test at Headingley was way back in 2002, meaning it will be the first outing for all the current team players.

The third Test starts on Wednesday.

Hello and welcome to the Headingley Stadium, Leeds. Our venue for the 3rd Test against England.#ENGvIND pic.twitter.com/H16mwNpXBs