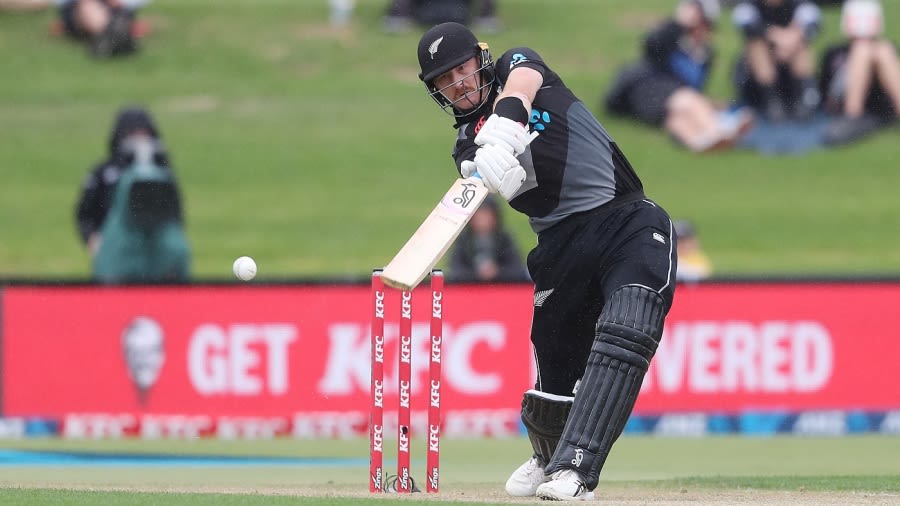 New Zealand can be without star batsman Martin Guptill for the game against India. The Black Caps have already lost pace bowler Lockie Ferguson to a calf muscle tear and he was unable to take the field in the game against Pakistan.

In a major setback for the New Zealand team ahead of the clash against India in the ICC T20 World Cup on October 31, their opener Martin Guptill has suffered an injury to his toe, which could rule him out of the big-ticket encounter.

Guptill, who made a 20-ball 17 in the game against Pakistan on Tuesday, got the bruised toe after being hit by a Haris Rauf delivery in the final over of Powerplay. New Zealand lost the low-scoring match by five wickets with eight balls remaining in Sharjah.

Well see how he scrubs up overnight," New Zealand coach Gary Stead told reporters after the match. "He looked in a little bit of discomfort at the end of the game and it might take 24 to 48 hours to see how he goes."

New Zealand has already lost pace bowler Lockie Ferguson to a calf muscle tear and he was unable to take the field in the game against Pakistan.

BLACKCAPS paceman Lockie Ferguson has been ruled out of the ICC T20 World Cup in the UAE with a calf tear. Ferguson will be replaced in the 15-player tournament squad by Adam Milne subject to approval by the ICC Technical Committee. #T20WorldCup https://t.co/eFOVE9J1NI

The coach said that the International Cricket Councils (ICC) Technical Committees decision not to approve Adam Milne as a replacement for Ferguson in time for the Pakistan game was disappointing.

We tried pretty hard to get across the line with the ICC our replacement player, but it wasnt to be. That was really disappointing for us because Adam Milne is someone whos waiting in the wings as a like-for-like replacement. Well seek clarification on that decision of theirs."

Stead said that Pakistan, most certainly, will top the group after two wins, adding the other teams in the Group 2 would be aiming to finish second in order to qualify for the semifinals.

"You would imagine that Pakistan are now the hot favorites in our group to be the number one seed and the rest of us are fighting it out for the next spot, which makes the India game pretty critical," he said.

You sometimes have to lose one to find out the important things for you. If we can go and beat India then we certainly put ourselves back on the right track," added Stead.