What is the Anti Doping rule in Cricket?, John Campbell banned for 4 years 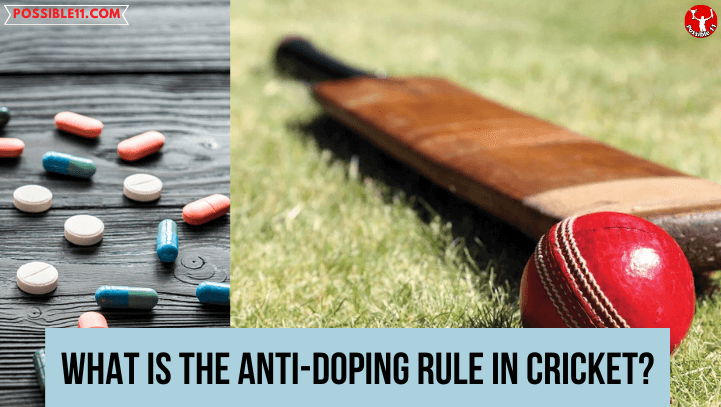 What is the Anti Doping rule in Cricket?, John Campbell was banned for 4 years, what is doping

John Campbell was banned for 4 years, According to a decision by the Jamaica Anti-Doping Commission (JADCO), West Indies batsman John Campbell has been banned for four years for anti-doping rule violations. Fridays 18-page decision by a three-member independent panel accused Campbell of evading, refusing or failing to submit sample collections.

Played 20 Tests, 6 ODIs and 2 T20 matches for West Indies Campbell was previously accused by JADCO of refusing to provide a blood sample at his home in Kingston in April.

Campbell has been banned for 4 years for violating JADCO Rule 2.3. "Based on the evidence, the panel did not find that the athletes anti-doping violation was not intentional," the judgment said. In the circumstances of this case the athlete is ineligible for a period of 4 years. This ban has been imposed on Campbell from 10 May 2022.

What is the Anti Doping rule in Cricket?

The web of doping has spread all over the world and even veteran players have been trapped in its clutches. By using doping, players use drugs that increase strength, so that players can play for a long time without fatigue, any player is famous only by performing his best game. Thats why players use doping. Even before this, many cases of doping have come to the fore, 45 players including 23 medal winners of Beijing Olympics 2008 were found positive in the dope test. These tests are conducted by NADA (National Anti-Doping Agency) or WADA (World Anti-Doping Agency). In this, the urine of the players is tested in a special lab of WADA or NADA. NADAs labs are in Delhi and WADAs labs are in many places in the world.