What is DLS Method In Cricket & How It Is Calculated? Know All About it 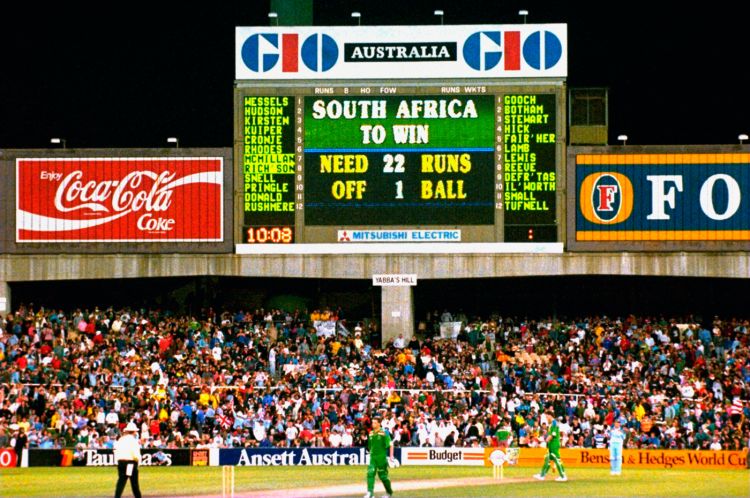 The DLS method (Duckworth-Lewis-Stern) is unique and has cricket fans and lovers captivated. It has been called into question several times over its two-decade history, but it remains an essential part of white-ball cricket rules. What is the DLS Method, and how does it work? It can be controversial and perplexing at times. Lets look into it further.

What is DLS Method?

The Duckworth-Lewis-Stern method (DLS) is a mathematical formula used to calculate the target score (number of runs required to win) for the team batting second in a limited overs cricket match that is interrupted due to weather or other factors. The Duckworth-Lewis method (D/L) was developed by two English statisticians, Frank Duckworth and Tony Lewis (not to be confused with former cricketer Tony Lewis).

It was first proposed in 1997 and officially adopted by the ICC in 1999. After Duckworth and Lewis retired, Professor Steven Stern became the methods custodian, and it was renamed to its current title in November 2014.

Who Invented the Duckworth Lewis method?

Why DLS method is needed in Cricket?

Having a reserve day for a limited-overs match and resuming play the next morning would seem ideal, but logistical and scheduling issues mean that this is not always possible. As a result, the games administrators have long struggled to find the most equitable way of resolving rain-affected one-dayers. When a match is delayed due to bad weather and one or both teams do not get their full quota of overs, an outcome must be reached in the time available after play resumes.

Any calculation attempts to adjust a target score based on the reduction in overs. Any number is a guess: there is no single correct answer. The ICC attempted to develop a formula that takes into account as many parameters as possible while accurately reflecting the efforts of both teams. The DLS method, which has been updated several times, is widely regarded as the most precise system used in international cricket.

How does the DLS Method work?

To calculate the revised target, the DLS method examines the number of resources available (as mentioned above), such as the number of overs remaining and wickets remaining. Furthermore, the DLS method takes into account scoring patterns (for international cricket, separately for mens and womens, ODIs and T20Is) and trends over a four-year sliding window. As a result, the DLS scores are updated every year. This formula (for international cricket), which considers scoring trends, is not publicly available.

If the scoring trends are ignored, the formula can be stated simply as follows (Team 1 bats first, and Team 2 chases):

The remaining number of overs and the number of wickets are the two teams resources. The DLS method computes target scores based on these two factors.

In addition, if a team bats first and has batted a greater number of overs, the DLS re-calibrates the score, and the game is then reduced to a specific number of overs. Essentially, it takes into account the fact that the team batting first would have batted differently (more aggressively) if they had known about the reduction in the number of overs ahead of time. As a result, the target is recalculated to take this into account.

What is the Formula to calculate DLS method? To calculate a target, the formula may simply be expressed as:

Following the interruption, only two factors remain with the team for the calculation of this method. Every team has these two resources, namely:

Frank Duckworth and Tony Lewis created a chart based on these two resources that shows how many resources are left with the batting side in various situations.

Criticism of the DLS method

The DLS system has been criticised for assigning a high value to the number of wickets lost. A single wicket could result in a significant increase in the number of runs required or even the par score at the end of an over.

The DLS method is also criticised for being designed for ODIs and not for T20s. The same method is currently used in T20 cricket. It is sometimes felt that the outcomes were slightly unfair. However, the mathematical formulation is such that DLS is now the most foolproof method used in limited overs cricket.

The VJD method is another popular method in Indian domestic cricket. The VJD method, like DLS, has several calculations that determine the outcome of a weather-interrupted match. 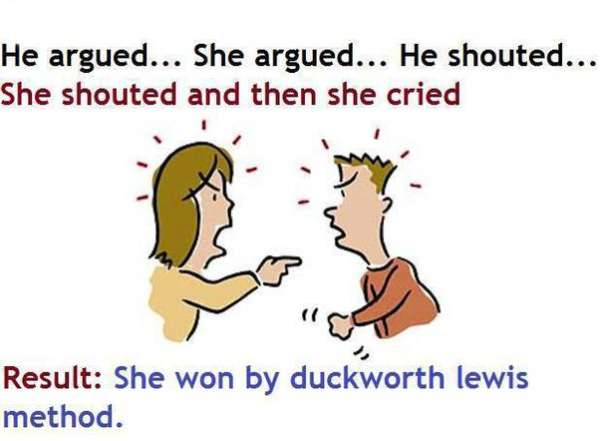 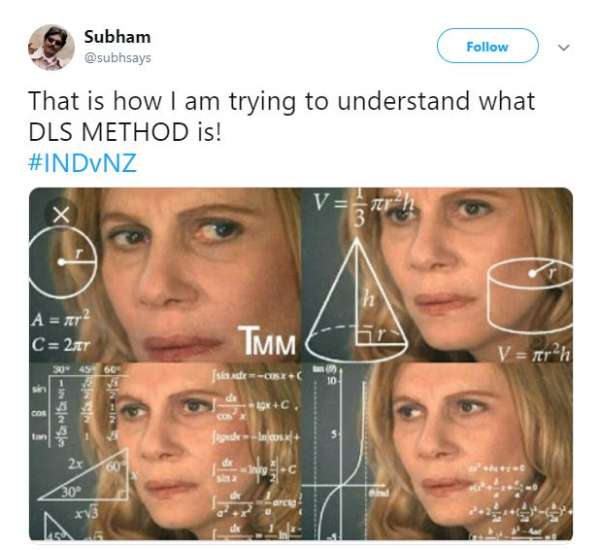