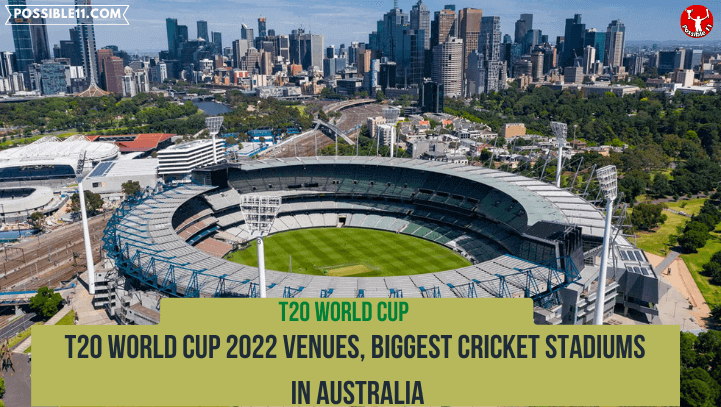 T20 World Cup 2022 will have two rounds in which a total of 8 teams will play in the first round and a total of 12 teams will play in the second round. The 8 teams of Round 1 include Sri Lanka, Namibia, UAE, Netherlands, West Indies, Scotland, Zimbabwe, and Ireland. Apart from this, if we talk about the second round of Super 12, then there will be the top 4 teams from round 1 and 8 more teams Apart from this there is New Zealand, Australia, England, Afghanistan, India, Pakistan, Bangladesh, and South Africa.

Biggest Cricket Stadiums in Australia - Melbourne Cricket Ground is the largest cricket stadium in Australia. Australias Melbourne Cricket Ground or MCG is one of the oldest grounds in the world. Before Narendra Modi Stadium, Melbourne was known as the largest cricket ground. This is a very beautiful ground, it is a different fun to watch cricket sitting in it. This Melbourne Cricket Ground in Australia was built in 1853 and the first Test match played between Australia and England was played from 15-18 March 1977. This stadium has hosted many historical matches. This stadium hosted the World Cup finals in the years 1992 and 2015, not only cricket but also rugby, tennis, football, and many music programs have also been held here. Apart from this, it has also been the main center of organizing the 1956 Summer Olympics and the 2006 Commonwealth Games. Australias largest cricket stadium has a seating capacity of over 100,000 spectators. 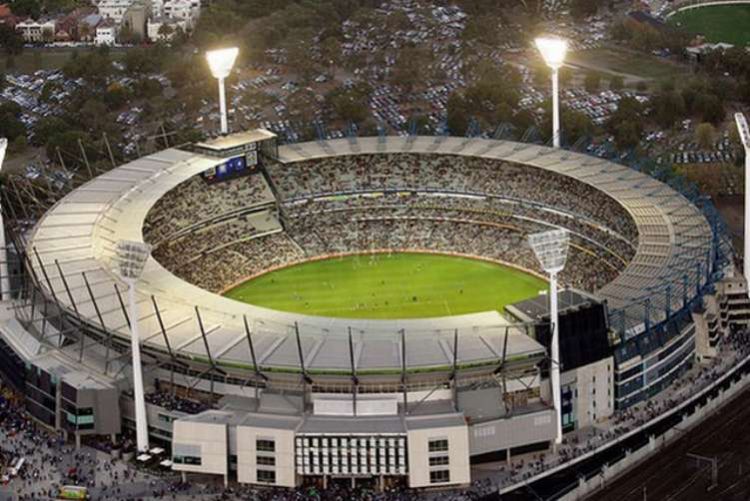