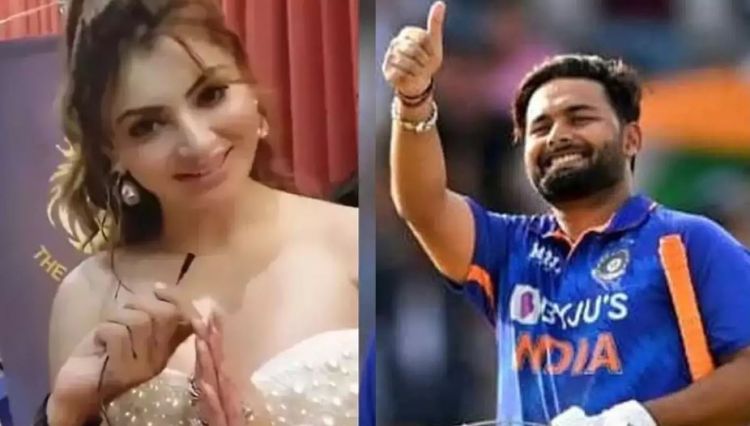 The actress-model, who has 54.8 million Instagram followers, apologised to Rishabh Pant in a video that has gone viral.

The Indian cricketer Rishabh Pant, who is rumoured to have been actor Urvashi Rautelas ex-boyfriend, allegedly waited for her in a hotel lobby when she was there, the actress claimed. Later, Rishabh responded that she only said such for the sake of "mere popularity."

The issue appears to be coming to a close. You did read that correctly. She recently apologised to the Indian wicketkeeper in a conversation with Instant Bollywood.

In an interview in August, Urvashi said that a particular "Mr RP" had waited for her for about 10 hours in a hotel lobby while she was sleeping and had afterwards felt awful for him.

The controversy arose after Rautela claimed in an interview that some “RP” from the Delhi Capitals unit had waited almost 10 hours at a hotel lobby where the actress was staying. Though, there was no clear mention of Pant, the wicketkeeper-batter – following the comment – shared an Instagram story. Without taking any name, Pant alleged that she lied throughout the interview to increase her popularity.

As expected, this was not the end, as the Hate Story 4 actress branded Rishabh as a “cougar hunter” in a subtle dig. She also posted on Instagram Stories and referred to Pant as “chotuu bhaiya.”

No One :- Rishabh Pant To Urvashi Rautela pic.twitter.com/I9XHZLo6DB