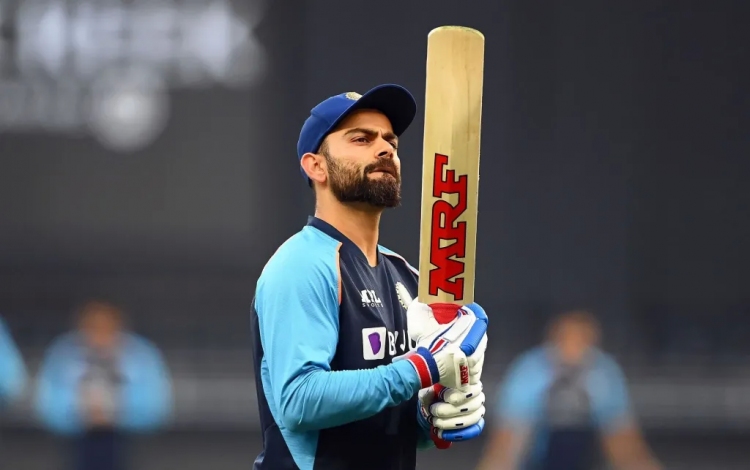 Kohlis place in the T20 side is being questioned repeatedly by experts including former greats like Kapil Dev and Virender Sehwag. However, a few former cricketers have come into his support. Former India spinner Piyush Chawla had earlier noted Kohli as a team player, who places his side ahead of himself irrespective of his form. And, skipper Rohit Sharma has firmly backed his long-time colleague.

And now joining the bandwagon is another ex-spinner Graeme Swann, who also commended Kohlis approach in the third T20I, which India lost by 17 runs.

Virat did not come for optional practice on Monday ahead of the first ODI match at Kensington Oval, London. As per ANIs sources in the Board of Control for Cricket in India (BCCI), he has a suspected groin injury and is unlikely to play the first ODI.

The source further stated that a medical test was conducted and it was found that the Virat has sustained mild strain.

Out-of-form batter Virat Kohli is likely to miss the first ODI against England at the Oval on Tuesday after sustaining a groin strain during the third T20 International.

"Virat has a groin strain during the last game. It cant be confirmed whether it happened during fielding or while batting. He will probably miss the first ODI tomorrow at Oval as the groin needs rest," a BCCI source told PTI on condition of anonymity.

Kohli’s place in the side has come under the scanner repeatedly, especially with the excellent performance of Deepak Hooda. Indian skipper, Rohit Sharma came to the defense of Kohli, claiming his past performances should not be overlooked.

“When a player is doing well for so many years, then one or two bad series does not make him a bad player. We should not overlook his past performances. We who are in the team know the importance of the player. They have got all the right to talk about it but it does not matter for us too much,” he noted.