IND vs WI: Virat Kohli will not play T20 series against West Indies 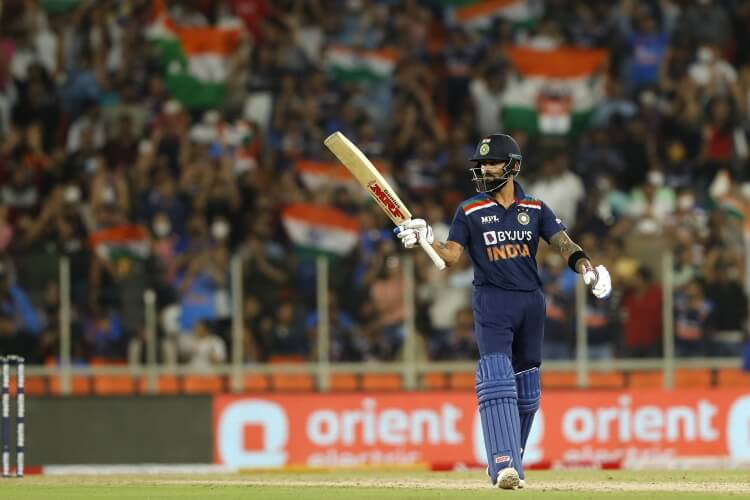 IND vs WI - Virat Kohli will not play the T20 series against West Indies, The entire team of seniors will go on the West Indies tour

The Indian team has now started preparing its final team for the T20 World Cup to be held in Australia. Series by series the players are being tried one by one. After England, India has to play the first ODI and then the T20 series in West Indies. The team has been selected for the ODI in which the senior players have been rested. It is reported that seniors like captain Rohit Sharma, Jasprit Bumrah, Rishabh Pant, and Hardik Pandya will be named in the team in the T20 series while Kohli is reported to be rested.

In the ODI series, many senior players including Virat were rested, but for the T20 series, all senior players except Virat will be available. Off-spinner Ravichandran Ashwin is also set to return to the T20 team in this series. The five-match T20I series between India and West Indies will begin on July 29 and end on August 7.

Virat Kohli return to the team

According to a BCCI official, Ashwin is part of Indias plan for the T20 World Cup. He will play in the T20 series against West Indies. At the same time, Washington Sundar is still not fit to play. When he is fit, he will play for Lancashire in the Royal London Cup and County Championship.

Virat may join the Indian team in the Asia Cup after the break in the West Indies series, but his place in the team will be decided on the basis of his performance in the two T20Is against England. Meanwhile, the Indian team can play the T20 series against Zimbabwe and like Ireland, the B team will tour here.

KL Rahul may be fit ahead of the Asia Cup and be a part of the T20I series in Zimbabwe. The Asia Cup is to be held after this series. In such a situation, senior players are sure to be given rest. Deepak Chahar, who is recovering from a hamstring injury, may also be fit before the Asia Cup and make a comeback in Team India. The Asia Cup will start on August 27.