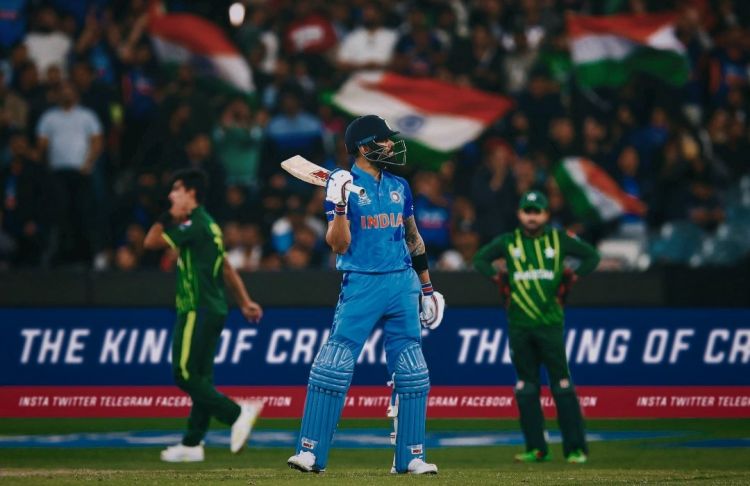 India and South Africa compete in T20 World. Indian captain Rohit Sharma won the toss and decided to bat first. There was a change in the team. Deepak Hooda was included in the playing 11 in place of all-rounder Axar Patel. In this match, Virat Kohli had a chance to make a special record, but he got out after scoring just 12 runs.

Actually, this is Kohlis fifth T20 World Cup. Since the match against South Africa, Kohli has scored 1001 runs in 24 matches in T20 World Cup at an average of 89.90 and a strike rate of 132.04. He is the second-highest run scorer in the tournament.

Kohli definitely made a record in his name. He has become the first Indian batsman to score a thousand runs in T20 World Cup. Overall, he is the second batsman after Jayawardene. After South Africa, India also has to play against Bangladesh and Zimbabwe. In such a situation, Kohli will try to leave Jayawardene behind in both those matches.

Which player has played most matches in T20 World Cup?

This is Rohits 8th T20 World Cup. He is the player to have participated in this tournament the most time along with Shakib Al Hasan of Bangladesh. Both these players have been playing in the T20 World Cup since the first edition of the tournament i.e. 2007. Rohit is currently at the fourth position among the highest run scorers in this tournament.

Also Read: Most Successful 300 Plus Run Chases in ODIs by Teams