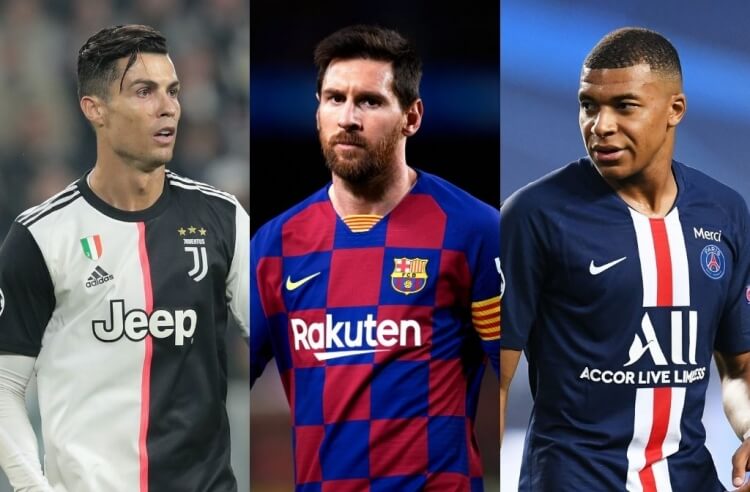 Although there is no one right answer, most of the players on this list have been the best players in the world this past season. However, due to frequent ups and downs in form, as well as the fact that football stopped entirely for a few months in the middle of the season, this list can be controversial in some ways. 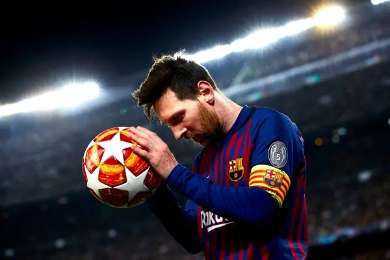 La Pulga Atómica (the Atomic Flea) has remained at the top of this list for over a decade now, and at 33, he’s still going strong. In fact, sensational stats and seasons have become second nature for him. Despite missing Barcelona’s first four games of the season due to injury, Messi is likely to win La Liga top scorer for the seventh time in his career with 22 goals so far and three games left to play. Along with those 22 goals, Messi has 20 assists in the league so far, beating his own personal record of 18 in a season and totaling 42 goal contributions in 30 league games. For any player, that’s the season of a lifetime. For Lionel Messi, that’s business as usual.

In all competitions, Messi has 27 goals and 24 assists and is hoping to lead Barcelona to its first Champions League title since its treble win in the 2014-15 season. Messi is also the most recent player to win the Ballon d’Or, just barely beating out Liverpool defender Virgil van Dijk by seven points. Despite Barcelona’s managerial problems and uncertainty towards the future of the club when Messi leaves, the Argentinian forward has been playing some unstoppable and exciting soccer as per usual and recently scored his 700th career goal. 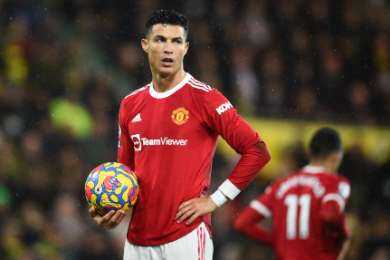 As long as he’s around, he’ll be up near the top of the list. Cristiano Ronaldo is 35 years old, playing in Italy for only his second year, and still racking up absurd numbers in front of goal. Ronaldo has contributed to half of all of Juventus’ goals this season with 28 goals and 6 assists in the 28 games he’s played in the league and a total of 39 goal contributions in all competitions. He is currently challenging Lazio’s Ciro Immobile for the Capocannoniere (Serie A top scorer) and has been Juventus’ star player in what looks to be a title-winning campaign. Having won the Champions League with both of his former clubs, Ronaldo will want to complete his personal treble this season when the tournament restarts in August.

What’s even more impressive is that Ronaldo is managing a goal a game in the league with less help from his teammates than he’s had in the past. Out of the 20 teams in Seria A, Juventus ranks 16th in crosses this season and 14th in both accurate crosses and assists from crosses. Ronaldo has the most headed goals in the history of soccer, so the lack of crossing ability has made a significant dent in his goal tally this season. Yet, he’s still one behind the leading scorer. 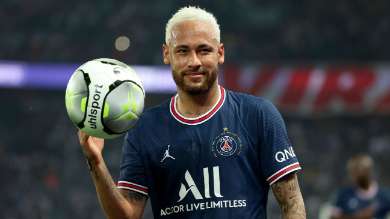 Despite struggling with injury this season as well as not having played since early March due to Ligue 1’s decision to end the season early rather than restart play after lockdown, Neymar Jr. comes in third on my list. This should indicate just how incredible the Brazilian winger is when fit. In only 15 league games this season, Neymar recorded 13 goals and 6 assists. In 22 games in all competitions, those numbers increase to 18 goals and 10 assists. In his three seasons at Paris Saint-Germain, Neymar has not managed anything close to a fully fit season, but his world-class ability is as clear as day whenever he’s on the field. The only reasons that Neymar hasn’t won the Ballon d’Or are Messi, Ronaldo, and injuries. Without those three factors, Neymar would easily be a contender, if not a shoo-in, for the best player of all time.

Besides the Ballon d’Or, Neymar’s next objective is to win the Champions League with PSG. Into the quarterfinals of the tournament after beating Borussia Dortmund on aggregate in the Round of 16, Neymar will be fit and hungry for the title. 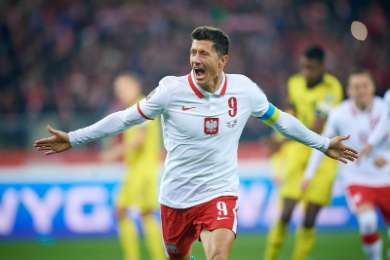 Bayern Munich’s world-class frontman just finished his sixth season with the club and his tenth season in the Bundesliga altogether, helping Bayern win its 8th title in a row. And at 31, Robert Lewandowski had his best season yet. Lewandowski secured Bundesliga’s top scorer award for the fifth time with 34 goals in the 31 matches he appeared in. He only failed to score in six games the entire season, recording seven braces and one hat trick. He also managed 51 goals and 6 assists in 43 games in all competitions, including two in the DFB Pokal final that Bayern recently won. Those numbers will likely increase in August as well when the Champions League resumes in Lisbon, as Lewandowski has scored in every Champions League game he’s featured in so far this season.

After such an incredible season, Robert Lewandowski is well in the conversation for the 2020 Ballon d’Or. In fact, the decision could turn out to be somewhat simple if Lewandowski can continue his incredible form and, in turn, help Bayern Munich win the Champions League and become the second-ever European side to win a continental treble twice. This looks well within reach for the Polish international, as Bayern Munich are widely considered to be favorites to lift the trophy. 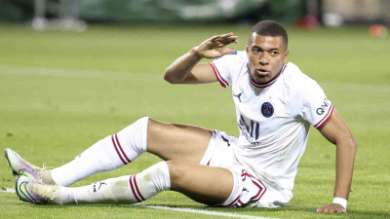 Mbappé only falls short of Lewandowski on my list due to his youth and the fact that he hasn’t played since March. However, in a few years, the French 21-year-old could very well be at the top of this list, for his stats and ability are absolutely and objectively outstanding. Already a World Cup winner with a goal in the final and a four-time Ligue 1 winner, Mbappé’s trophy cabinet will only continue to expand. Slightly hampered by injury this season, Mbappé still scored 18 goals and made 7 assists in the 20 league games he played. In all competitions, he managed 47 combined goals and assists in 33 games. These are Messi numbers. These are Ronaldo numbers. These are Mbappé’s numbers.

Unfortunately, due to Ligue 1’s abrupt ending, Mbappé will most likely be an outsider for the 2020 Ballon d’Or. However, if he can win his and PSG’s first-ever Champions League title in August, with help from Neymar, of course, he could jump right back into the conversation.