T20 world cup, Will Virat Kohli open with Rohit in the World Cup? 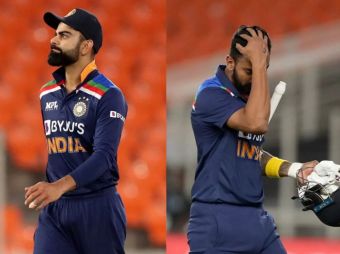 T20 world cup: Will Virat Kohli open with Rohit in the World Cup?, Who is better Rahul and Virat?

Team India has started preparing for T20 World Cup. The Indian team would like to finalize their preparations in the T20 series against Australia and South Africa. Before the series, captain Rohit Sharma has given a big statement about Virat Kohli. He said that the team management is considering Kohli as an option as an opener. In such a situation, Kohli can also be opened instead of KL Rahul.

Will Virat Kohli open with Rohit in the World Cup?

Actually, this whole matter started during the Asia Cup. In the Super Four match against Afghanistan, Kohli scored an unbeaten 122 as an opener. It was also his first century in T20 Internationals. Since then, there has been a demand to drop KL Rahul and get Kohli to open. The same matter came to the fore before the T20 World Cup last year as well. In the home T20 series against England, Kohli came on the field as an opener and scored a lot of runs.

Then it was the captain Kohli and he had given a statement that he was considering opening with Rohit. However, this could not happen in the 2021 T20 World Cup and it was Rahul who came on the field with Rohit as an opener. Now once again this issue is gaining ground. Fans are demanding to send Kohli to the opening. In the press conference before the series against Australia, Rohit said – It is always good to have options available to you.

What did Rohit say about Kohli-Rahul?

Rohit said- We understand the quality of all our players and what they can give to the team. But yes, it is an option for us (Virat Kohli opening), we will always keep that in mind. Since we dont have a third opener. He has opened for his franchise in the IPL and he has done really well, so that is definitely an option for us. However, Rohit also clarified that Rahul will open in the T20 World Cup.

Rohit said that Virat Kohli is our third opener and he can also be seen opening in some matches, but our thinking is clear. We have no illusions, we are very clear how useful KL Rahul is to us. In the last match of the Asia Cup, we were happy with the way Kohli played, but Rahul is a quality player and very important to us. His batting is important in the top order.

Record of Rahul and Kohli in T20

Talking about IPL, Kohli has opened in 84 innings and has scored 2972 runs at an average of 41.86 and strike rate of 134.54. He has been unbeaten 13 times in IPL as an opener. During this, he has also scored five centuries and 20 half-centuries. His highest score has been 113 runs. Three times Kohli has been dismissed for zero while opening in the IPL.

KL Rahul has played 77 innings as an opener in IPL. In this he has scored 3389 runs at an average of 52.95 and strike rate of 139.24. He has been not out 13 times while opening and got out for zero three times. Rahul has scored four centuries and 29 half-centuries in the IPL as an opener. Both Kohli and Rahul have scored the most runs in IPL as openers.

Who is better Rahul and Virat?