Virat Kohli performance in all three formats after 2019 World Cup 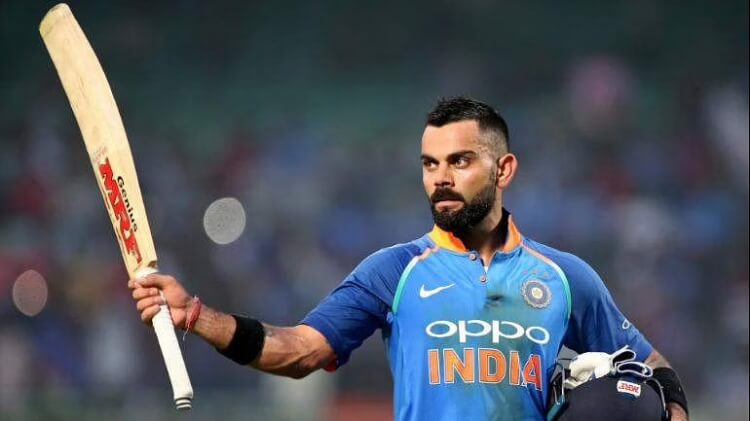 Indias star batsman Virat Kohli is on the target of critics these days. There is a demand to remove Virat, who is struggling to score runs, from the Indian team before the T20 World Cup. Till three years ago, Virat Kohli was called a run machine all over the world, but now the situation has become such that the all-around voice has started raising his voice to exclude him from the T20 World Cup to be held in Australia this year.

Many cricketers are criticizing Virat Kohli

Skipper Rohit Sharma has been defending his teammate Virats poor form but it is becoming increasingly difficult for the BCCI and the selectors to ignore the questions raised by veterans Kapil Dev, Sunil Gavaskar, and Virender Sehwag. However, there is an interesting statistic about Virat Kohli that will surprise you. Virat is the highest run-scorer for India in all three formats.

Three years ago no one could have imagined that Virat would be under question marks for his batting. His performance in all three formats was something like this. He had scored 20,162 runs in 421 innings of 380 matches till the final of the 2019 World Cup at an impressive average of 56.31.

Virat Kohli performance in all three formats after 2019 World

Top-5 batsmen of all three formats since 2019 world

Virat had scored his last international century against Bangladesh in November 2019. Since then 32 months have passed. However, you will be surprised to know that even after not scoring a century, Virat has been Indias highest run-scorer in all three formats in that time. Since his last century, he has played 79 innings in 68 matches including ODIs, T20s, and Tests, and scored 2554 runs at an average of 35.47.

Also Read: Virat Kohli performance in all three formats in 2022

Virat Kohli Test performance, This year Virat has failed to prove himself in Tests. This same performance of his is not only raising all-round voices against him, but the pressure on him is also increasing. In November 2019, he scored his final century in Tests against Bangladesh in Kolkata. Since then he has played 32 innings of 18 Tests.

In which he has scored 872 runs at an average of 27.25 with just six half-centuries. Prior to this century, he had scored 7202 runs in 84 Tests at an average of 54.97. Due to his poor performance, his average in Test cricket has now fallen below 50 to 49.53. Kohli has scored more than 100 runs in 18 Test matches played in the last three years, combining both the innings of only one.

Virat Kohli T20 performance, T20 is one format where his bat has played relatively well in comparison to both the formats. Virat has played 26 T20 Internationals since his highest score of 94 not out against West Indies in Hyderabad in December 2019. Where he has scored 764 runs at an average of 38.20. It also includes seven half-centuries. Till the innings of 94 runs, Virat had played 73 T20s in which he scored 2544 runs at an average of 55.30, but in Asia Cup 2022, he scored the first century of his T20 career, now Kohlis average is 51.94 and total runs is 3584. He has scored a century after three years.