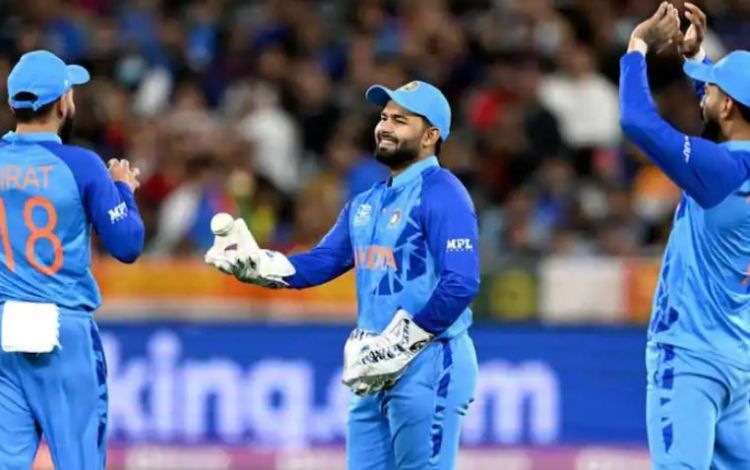 Rishabh Pants poor performance against Zimbabwe isnt causing concern for head coach Rahul Dravid, who has hinted that the flamboyant left-hander could start in Thursdays T20 World Cup semifinal against England in Adelaide.

Pant did not appear in the first four games, where veteran Dinesh Karthik, who is most likely competing in his final global meet, was assigned the role of finisher.

With Karthik unable to deliver on bowler-friendly Australian tracks, Pant enters the fray.

"I dont think we judge people on one game, and sometimes whether we play them or not isnt based on one game," Dravid said following Indias 71-run victory, to which Pant contributed only three runs.

Following that, Dravid gave a strong indication that the decision to field Pant was not made in isolation, as the coach was potentially looking at a semifinal matchup with leg spinner Adil Rashid.

"Sometimes its simply matchups." We need to consider what skills we might require against the types of bowlers we might face. So a lot of factors go into these kinds of decisions," Dravid explained.

He also firmly reiterated that team management had never lost faith in Pant.

"In some ways, we never lost faith in Rishabh." We have faith in all 15 of our players who play here. There are only 11 players who can play, and it all depends on the combinations." The fact that they are here and participating in the World Cup shows that we have a lot of faith in them. It means they can be called up at any time to play in the XI. Yes, you can only play 11 people at a time, and some people miss out and dont have to play, but Rishabh, as many of you have seen, has been travelling with us.

"Hes been batting a lot in the nets, hitting a lot of balls, doing a lot of fielding practise, and generally practising and getting ready. Today (Sunday), we had the opportunity to give him a chance "He deliberated.

Dravid was pleased with Pants intent against left arm spinner Sean Williams, but the execution was poor.