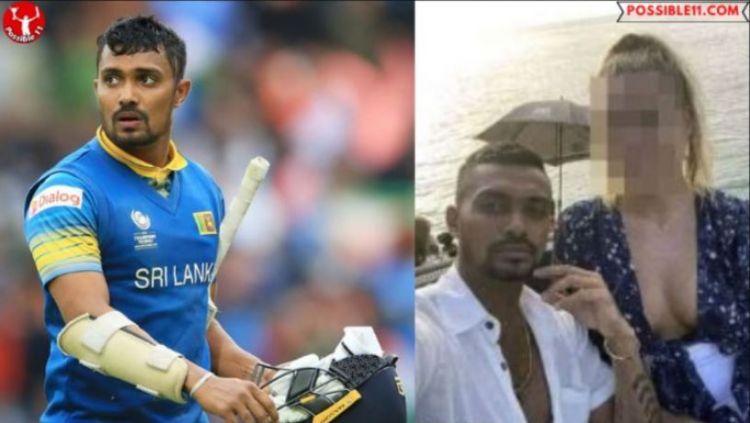 Sri Lanka suspends Danushka from all forms of cricket after rape case, Danushka Gunathilaka has been arrested in Australia for rape

Sri Lankas all-rounder Danushka Gunathilaka has suffered a major setback. In fact, his bail application has been rejected. Currently, she is in jail in a rape case and the Sri Lankan team has returned home without her.

Danushka Gunathilaka suspended from all forms of cricket after rape case

Sri Lanka Cricket has taken action after Sri Lankan opener Danushka Gunathilaka was accused of rape in Australia. The cricket board has suspended him. That is, he will no longer be able to play any kind of cricket until the verdict in the rape case.

Sri Lanka Cricket has issued a statement in this matter. It said, "Following the allegations of Danushka Gunathilaka sexually assaulting a woman in Australia and receiving information about her arrest, the Executive Committee of Sri Lanka Cricket has decided that she should be eligible for selection in any form of cricket." will not be considered. The statement also said that Sri Lanka Cricket will immediately take the necessary steps to investigate the allegation and that the player will be punished if found guilty in the case going on in the Australian Court. 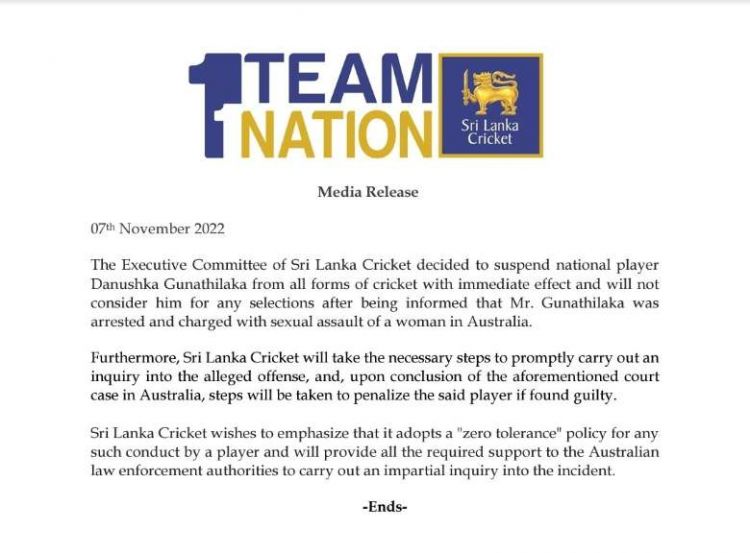 Sri Lankan cricket team player Danushka Gunathilaka has suffered another setback. In fact, his bail appeal was rejected by the Sydney magistrate in the rape case. He was arrested on Sunday morning on rape charges and his bail application was rejected a day later.

Gunathalika has in Australia for the T20 World Cup. However, he was not part of the team due to injury. The 31-year-old left-handed Sri Lankan batsman had on Monday applied for his bail which was turned down by Magistrate Robert Williams.

Outside the court, his lawyer Anand Amarnath said the decision was disappointing for him and that he would now appeal to the New South Wales Supreme Court. He has been charged with four counts of having sex without consent.

Danushka Danushka Gunathilaka has been arrested in Australia for rape

According to the New South Wales Police, the two met after several days of conversation through an online dating app. It is alleged that on the evening of 2 November 2022, Danushka sexually assaulted the woman. The incident took place at the womans residence In Rose Bay itself. After conducting a crime scene examination, the police arrested 31-year-old Danushka from a hotel on Sussex Street in Sydney.