SRH vs LSG Preview: Know every detail related to this match 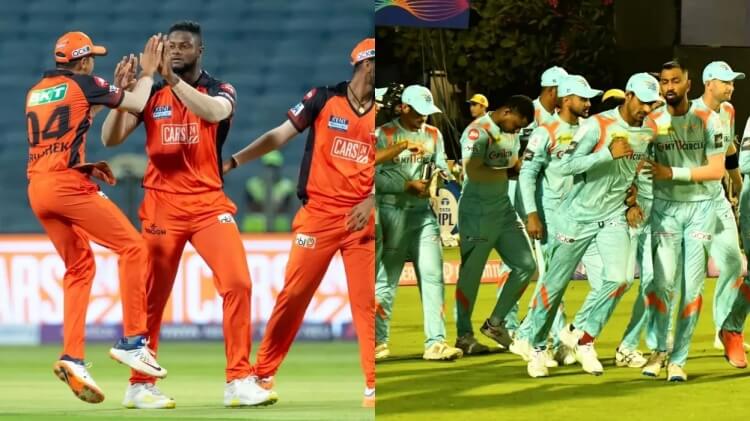 MATCH Preview: Hyderabad vs Lucknow match, know every detail related to the match

IPL 2022 is progressing in an interesting way as compared to the league stage. The 12th match of this season will be played between Sunrisers Hyderabad and Lucknow Super Giants (SRH vs LSG). In this match, there is bound to be fierce competition between both teams. Because on one hand, the team led by Kane Williamson is looking for victory, while the team hosted by KL Rahul is coming out winning. Both the teams will face each other for the first time.

A match between SRH vs LSG will be played at DY Patil Stadium. In such a situation, the fans are also eagerly waiting for this match between the two teams. However, before this match, lets take a look at every single piece of information related to it.

SRH team will try to win

To register a win in the match between SRH vs LSG, the Hyderabad team will have to make changes. Because seeing the way the team started in the first match, it seemed as if this franchise has not yet recovered from the poor performance of last year. The entire team, which came out to face the score of 200 plus against Rajasthan, was piled up after scoring just 149 runs.

On the other hand, Lucknow will be winning in its last match, in such a situation, their enthusiasm will also be high. Whereas nothing was good for Sunrisers in the first match. Neither the batting of the team was useful nor the bowling was amazing. In such a situation, it is necessary for him to get into both these areas with improvement. The franchise will not want to ignore the crushing defeat in the first match and will not try to take any kind of risk in the second match.

If he wants to open the account with a win in the second match, then he will have to go with his best playing XI. Williamson can make some changes against Lucknow. Because DY Patil is more helpful to the batsmen on the stadium pitch as well as the spinner gets help, then in this condition the captain can add another spinner along with Washington Sundar. Apart from this, Shreyas Gopal can be fielded in place of T. Natarajan or Umran Malik. 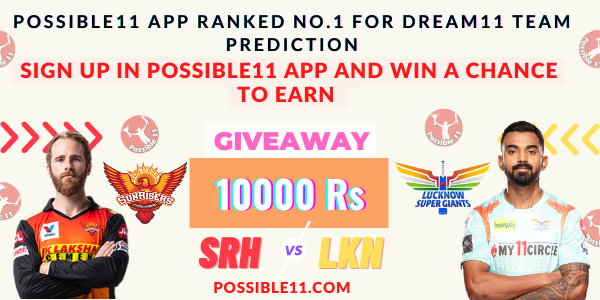 The last was very good for Lucknow. Even before this, the team had made a great start against Gujarat Titans in their debut match and brought the match closer to victory. But, in the last over, this match went out of the hands of the team. But, in the last match, the manner in which the franchise won against Chennai Super Kings by achieving the target of 211 runs was amazing.

The players of the team performed brilliantly in every order. Be it the batting order or the bowling order. The teams morale would have been boosted by the win against CSK in the last match. In such a situation, there are very few chances that captain KL Rahul would like to make any changes in the playing XI. Because all the players had contributed significantly to the victory. In such a situation, it may be that Lucknow Super Giants will enter this match against Sunrisers Hyderabad (SRH vs LSG) with the same winning team combination.

How will the pitch of DY Patil Stadium

Talking about the pitch between SRH vs LSG at the DY Patil Stadium in Mumbai, the success percentage of the teams chasing the target is high. As seen in 3 matches of this season so far. Now 3 matches of IPL 2022 have been played on this pitch and only the chasing teams have won all three matches. This is also because due to dew, the team batting in the second innings is getting a lot of advantage.

So far big scores have also been seen here and it has been seen being chased. Whether it was a match between Punjab and Bangalore or a match between Mumbai and Rajasthan. That is, on winning the toss, the captain will decide to field first. Because the dew will benefit the batsmen in the second innings. If this pitch is beneficial for the batsmen, then once again there will be full hope of having a high-scoring match.