South African white-ball captain Temba Bavuma has been ruled out of the teams entire tour of England due to injury during the five-match T20 International series in India. In Bavumas absence, Keshav Maharaj and David Miller will take over the reins and lead the ODI and T20 teams respectively. Bavuma suffered an injury during the fourth T20I against India in Rajkot, forcing him to retire hurt for eight runs and was ruled out of the decider of the series in Bengaluru, which was drawn due to rain.

Cricket South Africa (CSA) said in an official statement that Bavumas estimated recovery time from injury is eight weeks, after which his return schedule will begin. Viktor Mpitsang, CSA convener of selectors, said, "The T20 format is a high priority for us at the moment due to the ICC T20 World Cup in Australia in a few months. We want to give the players the opportunity to look at the best combinations and work on be interested in doing.

Young fast bowler Gerald Coetzee has been included in the T20 squad for the first time along with all-rounder Andile Phehlukwayo. Hard-hitting batsman Riley Rousseau has also been called back to the T20 squad for the first time since the 2016 ICC T20 World Cup in India. Rossouw, 32, has scored 498 runs in 12 Vitality T20 Blast matches for Somerset this year at an average of 55.33 and a strike rate of 191.53, including six half-centuries. Fast bowler Kagiso Rabada will be rested for the ODI series as part of his workload management. 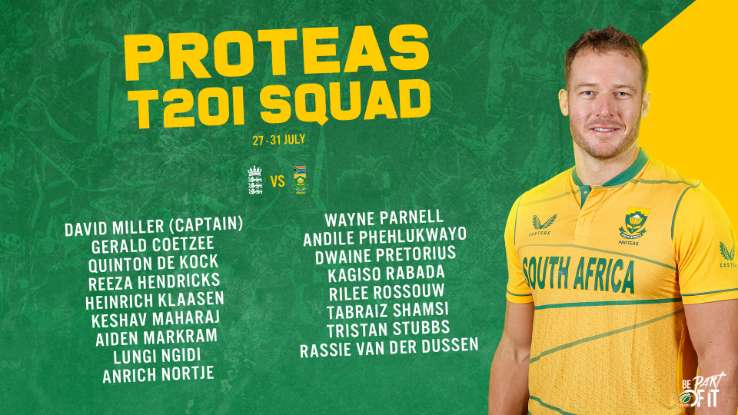 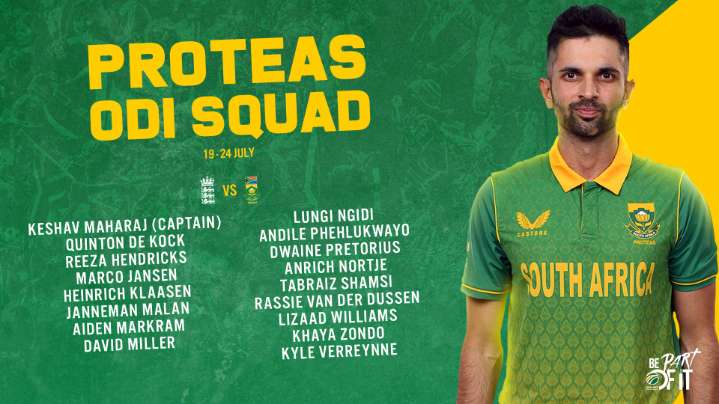 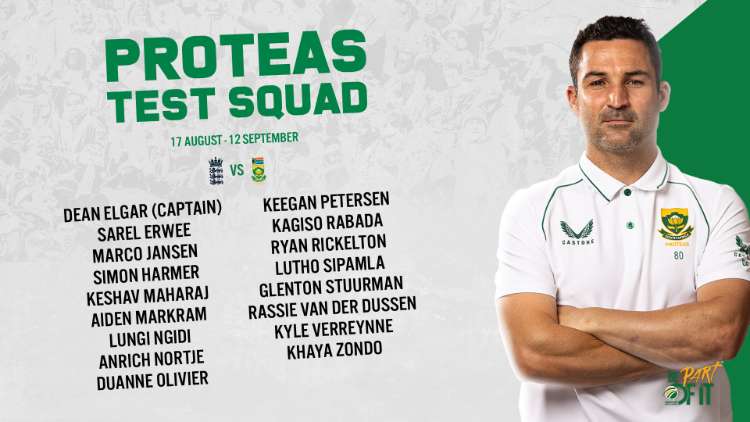