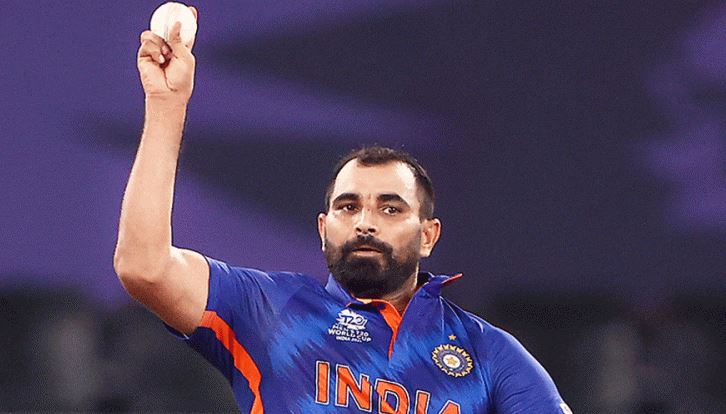 Team India will kick off their T20 World Cup campaign against Pakistan on October 23 at the Melbourne Cricket Ground. It will be interesting to see what pace attack India employs and whether Mohammed Shami gets a chance to play. Since the T20 World Cup last year, the pacer has not played an international T20I. He only bowled one over in the warm-up match against Australia, conceding only four runs and taking three wickets to help India win. Shami was not originally named to Indias squad, but he was called up to replace the injured Jasprit Bumrah. Former Australia all-rounder Tom Moody has stated that Shami will be included in his playing XI against Pakistan.

Shami, who was diagnosed with Covid-19, was a late addition to the squad after Indian pace spearhead Jasprit Bumrah was ruled out indefinitely due to a recurrence of back pain.

The veteran pacer was called upon in the final over of Indias warm-up match against Australia at the Gabba on October 17, grabbing 3 for 4 to give India a six-run victory.

"He (Shami) may be short with some volume in his bowling, but that one over he bowled against Australia would have gone a long way with regards to not so much the physical side of things, but definitely the mental side of things,” Moody said at Star Sports show ‘Game Plan.

"He (Shami) may be short with some volume in his bowling, but that one over he bowled against Australia would have gone a long way in terms of not so much the physical side, but definitely the mental side," Moody said on Star Sports Game Plan. Shami last played a T20I in the UAE-Oman T20 World Cup in 2021, and his most recent ODI appearance was in the England series in July of this year.

The 57-year-old Australian, on the other hand, was unwavering in his support for Shami, saying he would form a formidable pace trio with Bhuvneshwar Kumar and Arshdeep Singh.

"Id be going with Shami. Id just go with his experience. Obviously, Bhuvi and Arshdeep are the first two. I just think that in big tournaments, you back big players. And hes a big player with a lot of experience."

After recovering from an injury, Pakistans superstar pacer Shaheen Shah Afridi, who rattled Indias top-order en route to leading the side to a 10-wicket victory in the last T20 World Cup, will return to action.

However, the MCG will be a different venue with different conditions, and Moody advised Indian batters to be cautious rather than conservative.

"I think its an intriguing contest, because to me, India are a batting strong side while Pakistan, I think, are a bowling strong side.

"So, for me its a real contest as to how well India bat against a very strong new ball attack. If they get through that, I see India controlling the game," Moody, who coached Sri Lanka to the ODI World Cup final in 2007, said.

The veteran coach also said both teams would have to be tactfully aware of playing at the MCG.

"Its a big venue, so the short ball and the use of that length, hard length, with that change of pace into that length, is the key to bowling at the MCG.

"So, Im sure that both teams are very aware of what the tactical play is with the ball in those top end overs and particularly in those defensive overs."