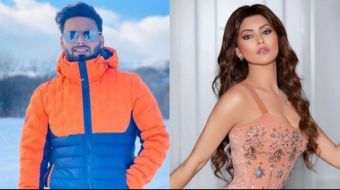 Rishabh-Urvashi: Know the whole controversy between Urvashi and Pant, Urvashi gave complete information from an interview

Team Indias star wicketkeeper Rishabh Pant and Bollywood actress Urvashi Rautela have come into the limelight once, this is not the first time, when the names of these two have come together in the headlines, both have been in the trend many times before. The matter between these two increased so much that Pant had to say leave my chase sister.

Actually, this series between Pant and Urvashi started last year, it can be understood that. Because last year Urvashi had wished Rishabh Pant a birthday on Twitter. Then he only wrote - Happy Birthday Rishabh Pant. Even at this time, the names of both were in a lot of trends.

Urvashi Rautela interview about Rishabh pant - Urvashi told a story in the interview. She said- I had once come from Varanasi to Delhi to shoot, then Mr. RP had come to meet. He was waiting in the lobby, but I fell asleep. After shooting for a day in Varanasi, I had to shoot at night in Delhi. I was engaged in makeup etc. After that, I fell asleep after the shoot. 10 hours passed in this. Mr. RP kept calling me. I came to know about this later. I had 17 missed calls on my phone. I even told him that when you come to Mumbai, we will meet you. Then we met in Mumbai too, but by then things had come to the media. However, after that everything went wrong.

During this, the anchor also asks Urvashi who is Mr RP is. Urvashi refused to reveal the name on this. After the interview went viral, the controversy about Pant and Urvashi increased once again. After this, Pant posted the story on social media. and deleted after some time. Social media users claim that Pant has responded to Urvashi through this story.

It was written in the Instagram story - its funny how people lie in interviews just for some meager popularity and for hitting the headlines. Sad how some people are so thirsty for fame and name. May god bless them #merapichachorhoBehen #jhutkibhilimithotihai .However, social media users claim that Pant deleted the story after some time. Now, this matter is gaining momentum. 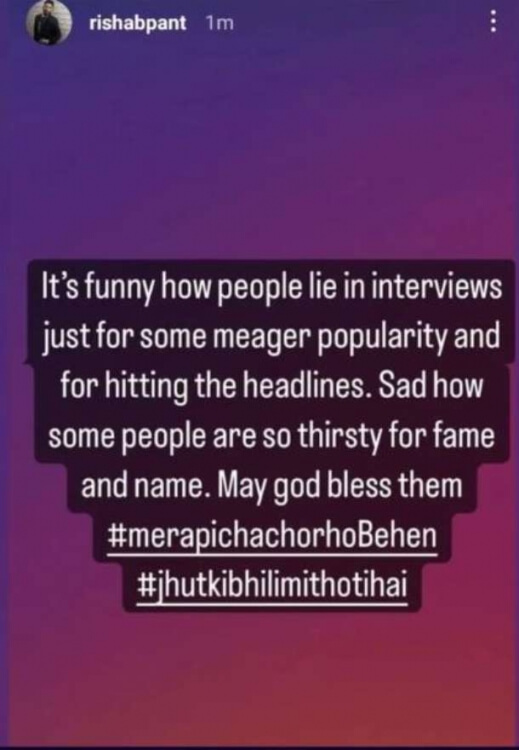 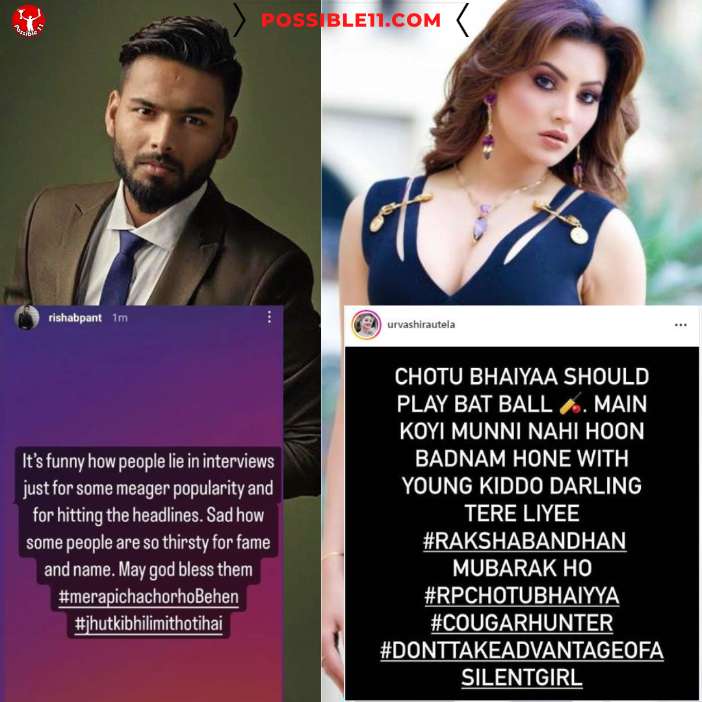 The names of cricketers and Bollywood celebrities are often associated. Many Bollywood actresses have also married cricketers. Many hit pairs have also been made between the two industries. Many pairs like Virat Kohli-Anushka Sharma, Zaheer Khan-Sagriga Ghatge, Yuvraj Singh-Hazel Keech are hits. Similarly, in 2018, the pair of Urvashi and Pant also had a lot of name. However, after some time there were reports of Pant blocking Urvashi and everything ended.