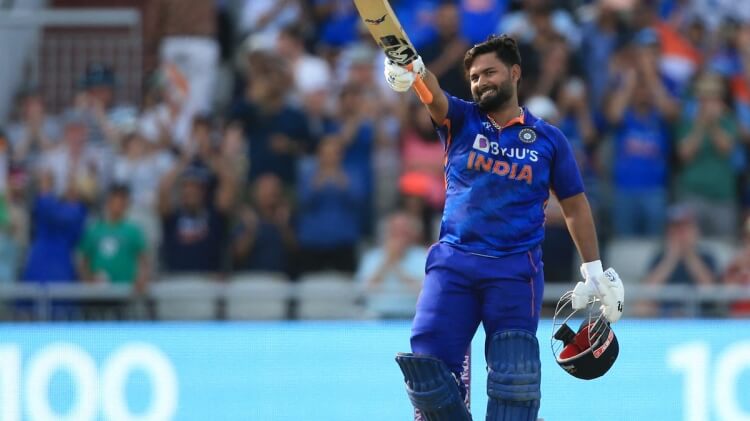 Cricket Records - Rishabh Pant made a record by playing an innings of 125 Runs, Became the first Indian wicketkeeper to do so

India won the third ODI against England by five wickets. Indian wicket-keeper batsman Rishabh Pant was instrumental in this victory. He snatched victory from Englands mouth with his fearless innings. Chasing a target of 260 runs, India had lost four wickets for 72 runs at one point. After this, Pant along with Hardik Pandya led Team India to victory. Pandya was dismissed after scoring 71 runs. At the same time, Pant played an innings of 125 not out.

With these innings, Pant made many records in his name. He is the third regular or irregular wicket-keeper batsman to score a century in ODIs outside Asia. Before Pant, Rahul Dravid has done this in 1999 and KL Rahul in 2020. Dravid scored 145 runs against Sri Lanka at Taunton in 1999. At the same time, Rahul played an innings of 112 runs against New Zealand in Mount Maunganui. Rishabh is at number three on this list.

Also Read: Most Centuries In International Cricket By A Team

Talking about the match, while batting first, England was bundled out for 259 runs in 45.5 overs. In reply, India had lost four wickets for 72 runs at one point. After this, Hardik Pandya and Rishabh Pant put on a 133-run partnership for the fifth wicket. Hardik Pandya scored 71 runs in 55 balls. At the same time, Rishabh Pant remained unbeaten on 125 runs in 113 balls. India achieved the target of 260 runs in the 43rd over.