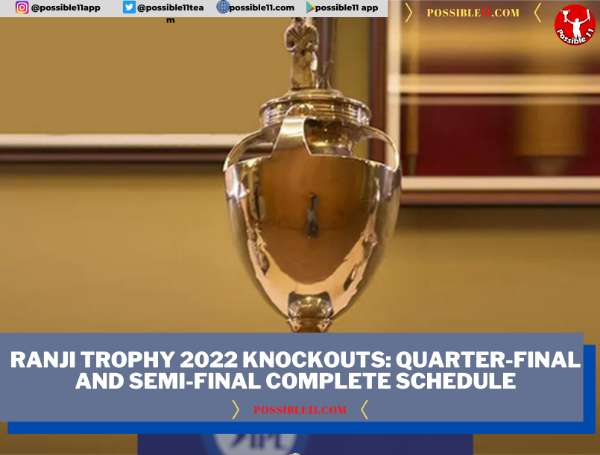 The knockout matches of the Ranji Trophy 2022 are starting from June 6. These matches will be played in Bangalore. League stage matches and knockouts were interspersed for two months due to the IPL 2022. This will be the first time that the premier domestic red-ball tournament will be played in India in the month of June.

Teams Qualifying in the Quarter Finals

These teams qualified directly from the league stage to the quarter-finals. Also, Jharkhand had made their place in the last eight after winning the pre-quarterfinal match over plate-group winners Nagaland.

The final match of the Ranji Trophy will be played from June 22-26 at the M Chinnaswamy Stadium. According to BCCI, spectators are not allowed to enter the stadium as the knockouts will be played under bio-bubble security. “The presence of spectators is restricted as per the rules laid down by the State and Health Regulatory Authorities under the Bio-Secure Protocol.”