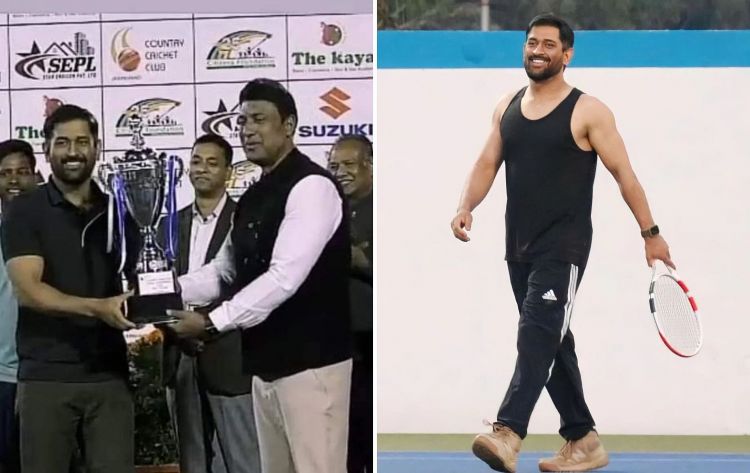 Mahendra Singh Dhoni, the former captain of the Indian cricket team, has tried his best to earn a name in them by participating in other sports after retiring from cricket. In such a situation, he also participated in the Country Cricket Club tennis tournament in Ranchi. Which was organized at JSCA Stadium.

At the same time, Dhoni spread his glory in this tournament like cricket and became the champion. After which he is now in discussion all around. Dhoni (MS Dhoni) after cricket has now proved himself in tennis as well.

Let us tell you that MS Dhoni, a former veteran player of Team India, has won the mens doubles title along with Sumit Bajaj in the JSCA Tennis Championship. After the final match played on Monday 14 November, Mahi along with his team Sumit Bajaj, Rohit, and Vineet was handed over the trophy. MS also gave autographs to the children who came to learn lawn tennis at the academy during the award ceremony. Along with this, Dhonis team defeated Kaif in the final. Mata Di to the team of Kanhaiya, Dipankar and Russell.

41-year-old MMS Dhoni announced his retirement from white ball cricket on 15 August 2020. He shared a video on social media and told everyone about retirement. At the same time, Dhoni had retired from Test cricket in the year 2014 itself.

Also Read: List of top 5 players who will be in high demand in IPL 2023 auction